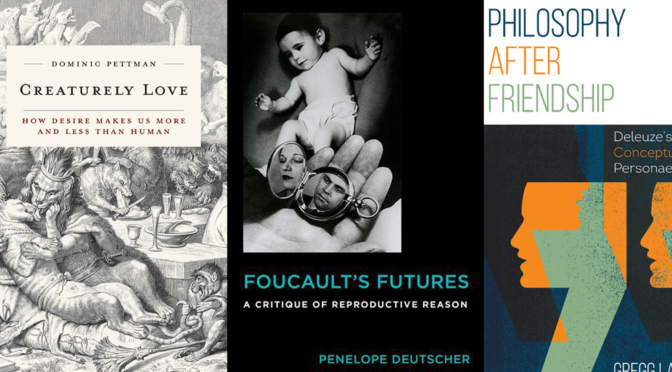 If you’re an author or a publisher with a forthcoming book, drop us a line at [email protected] 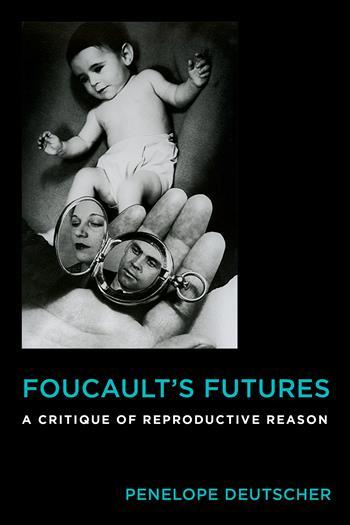 In Foucault’s Futures, Penelope Deutscher reconsiders the role of procreation in Foucault’s thought, especially its proximity to risk, mortality, and death. She brings together his work on sexuality and biopolitics to challenge our understanding of the politicization of reproduction. By analyzing Foucault’s contribution to the politics of maternity and its influence on the work of thinkers such as Roberto Esposito, Giorgio Agamben, and Judith Butler, Deutscher provides new insights into the conflicted political status of reproductive conduct and what it means for feminism and critical theory.

In Omnia Sunt Communia, Massimo de Angelis offers a radical political economy, illuminating the steps necessary to arrive at a post-capitalist world. By conceptualizing the idea of commons not just as common goods but as a set of social systems, de Angelis shows their pervasive presence in everyday life, and he maps out a strategy for total social transformation.

From the micro to the macro, de Angelis unveils the commons as fields of power relations—shared space, objects, and subjects—that explode the limits of daily life under capitalism. He exposes attempts to co-opt the commons, through the use of seemingly innocuous words such as “participation” and “governance,” and he reveals the potential for radical transformation rooted in the social reproduction of our communities, life, work, and society as a whole.

The friend, the enemy, the stranger, the refugee or deportee, and the survivor. In singular and provocative fashion, Gregg Lambert’s Philosophy after Friendship introduces us to the key social personae that have populated modern political philosophy. Drawing on the philosophies of Deleuze and Derrida, as well as the work of Indo-European linguist Émile Benveniste, Lambert constructs a genealogy to demonstrate how political thought has been structured by the emergence of such “conceptual personae.”

At the center of Philosophy after Friendship is the persona of the friend, together with the idea of friendship, on which the democratic ideals of consensus, fraternity, and equality are based. Lambert argues that the vitality of this conceptual persona, originated by the Greeks, has been exhausted by centuries of war. In fact, we might today be witnessing the overturning of an earlier philosophical idealism that saw friendship as the destination of the political and, in its place, the emergence of a nonphilosophical understanding that has set perpetual war as the ultimate ground from which future thinking of the political must depart.

In his Conclusion, Lambert proposes a truly “postwar philosophy” that takes as its first principle the idea of perpetual peace, which would require nothing less than a complete reevaluation of the goals of any future political philosophy, if not the meaning of philosophy itself. 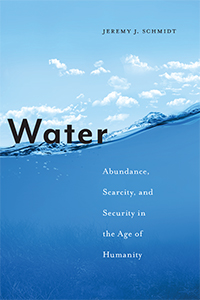 Humans take more than their geological share of water, but they do not benefit from it equally. This imbalance has created an era of intense water scarcity that affects the security of individuals, states, and the global economy. For many, this brazen water grab and the social inequalities it produces reflect the lack of a coherent philosophy connecting people to the planet. Challenging this view, Jeremy Schmidt shows how water was made a “resource” that linked geology, politics, and culture to American institutions.
Understanding the global spread and evolution of this philosophy is now key to addressing inequalities that exist on a geological scale.
Water: Abundance, Scarcity, and Security in the Age of Humanity, details the remarkable intellectual history of America’s water management philosophy. It shows how this philosophy shaped early twentieth-century conservation in the United States, influenced American international development programs, and ultimately shaped programs of global governance that today connect water resources to the Earth system. Schmidt demonstrates how the ways we think about water reflect specific public and societal values, and illuminates the process by which the American approach to water management came to dominate the global conversation about water.
Buy it here.

The Rise of Realism

By Manuel  DeLanda and Graham Harman 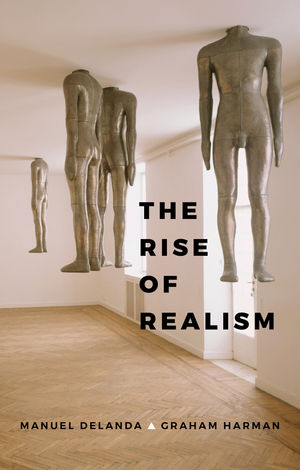 Until quite recently, almost no philosophers trained in the continental tradition saw anything of value in realism. The situation in analytic philosophy was always different, but in continental philosophy realism was usually treated as a pseudo-problem. That is no longer the case.

In this provocative new book, two leading philosophers examine the remarkable rise of realism in the continental tradition. While exploring the similarities and differences in their own positions, they also consider the work of others and assess rival trends in contemporary philosophy. They begin by discussing the relation between realism and materialism, which DeLanda links closely but which Harman tries to separate. Part Two covers the many different meanings of realism, with the two authors working togetherto develop an expanded definition of the term. Part Three features a spirited exchange on the respective virtues and drawbacks of DeLanda’s realism of attractors and singularities and Harman’s object-oriented theory. Part Four shifts to the question of the knowability of the real, as the authors discuss whether scientific knowledge does full justice to reality. In Part Five, they shift the focus to space, time, and science more generally, and here Harman offers a defence of actor-network theory despite its obvious anti-realist elements. 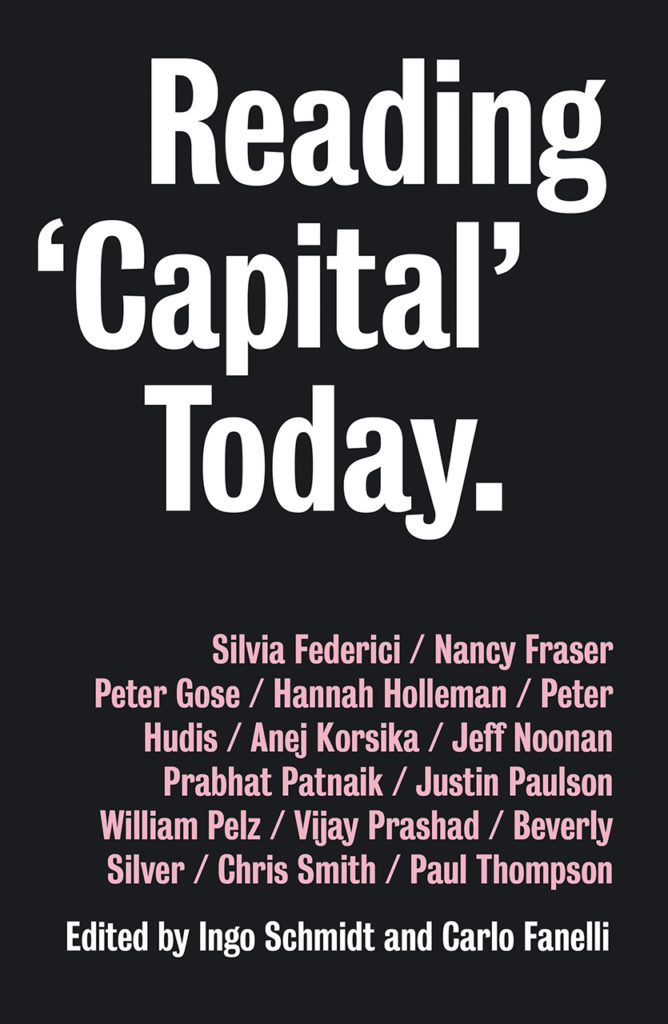 ecent years have seen a surge of interest in Marxian political economy and especially Marx’s great work Capital. 150 years after the book’s original publication, are there readings of Capital that can help us find new pathways to progressive or revolutionary change?

In this wide-ranging new volume, leading thinkers reflect on Capital’s legacy, its limitations and its continuing relevance for today, highlighting issues including ecology, gender, race, labour, communism, the ‘Third World’ and imperialism.

The contributors also aim to identify the connections between Capital and various socialist projects of the past, and draw lessons from those experiences that might contribute to the reinvention of socialist politics today. 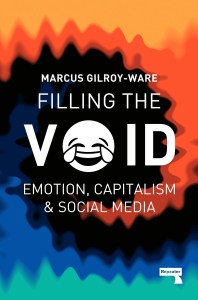 Filling The Void is a book about how the cultures and psychology of social media use fit within a broader landscape of life under capitalism. It argues that social media use is often a psychological response to the need for pleasure and comfort that results from the stresses of life under postmodern capitalism, rather than being a driver of new behaviors as newer technologies are often said to be. Both the explosive growth of social media and the corresponding reconfiguration of the web from an information-based platform into an entertainment-based one are far more easily explained in terms of the subjective psychological experience of their users as capitalist subjects seeking ‘depressive hedonia,’ the book argues. Filling the Void also interrogates the role of social media networks, designed for private commercial gain, as part of a de-facto public sphere. Both the decreasing subjective importance of factual media and the ways in which the content of the timeline are quietly manipulated–often using labor in the developing world and secret algorithms–have potentially serious implications for the capacity of social media users to query or challenge the seeming reality offered by the established hegemonic order. 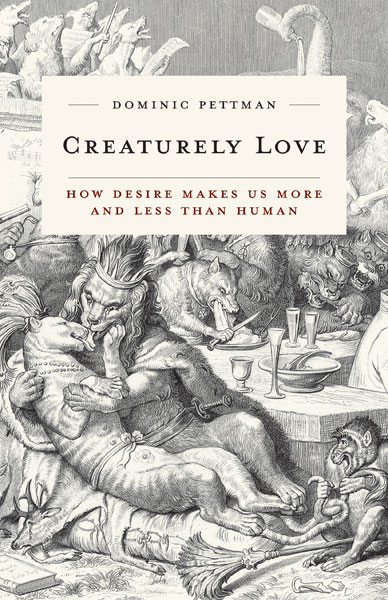 To our modern ears the word “creature” has wild, musky, even monstrous, connotations. And yet the terms “creaturely” and “love,” taken together, have traditionally been associated with theological debates around the enigmatic affection between God and His key creation, Man. In Creaturely Love, Dominic Pettman explores the ways in which desire makes us both more, and less, human.

In an eminently approachable work of wide cultural reach and meticulous scholarship, Pettman undertakes an unprecedented examination of how animals shape the understanding and expression of love between people. Focusing on key figures in modern philosophy, art, and literature (Nietzsche, Salomé, Rilke, Balthus, Musil, Proust), premodern texts and fairy tales (Fourier, Fournival, Ovid), and contemporary films and online phenomena (Wendy and Lucy, Her, memes), Pettman demonstrates that from pet names to spirit animals, and allegories to analogies, animals have constantly appeared in our writings and thoughts about passionate desire.

By following certain charismatic animals during their passage through the love letters of philosophers, the romances of novelists, the conceits of fables, the epiphanies of poets, the paradoxes of contemporary films, and the digital menageries of the Internet, Creaturely Love ultimately argues that in our utilization of the animal in our amorous expression, we are acknowledging that what we adore in our beloveds is not (only) their humanity, but their creatureliness.

We live in critical times. We face a global crisis in economics and finance, a global ecological crisis, and a constant barrage of international disputes. Perhaps most dishearteningly, there seems to be little faith in our ability to address such difficult problems. However, there is also a more positive sense in which these are critical times. The world’s current state of flux gives us a unique window of opportunity for shaping a new international order that will allow us to cope with current and future global crises.