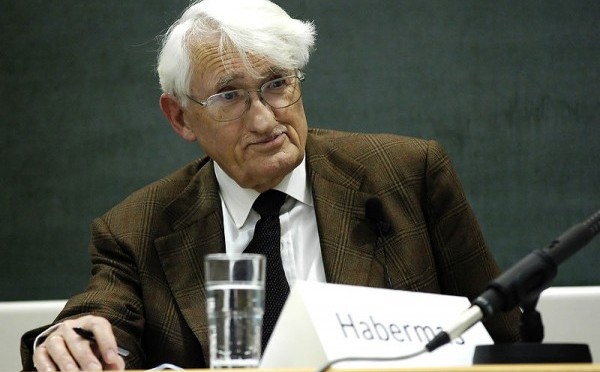 Well, the last half of that headline is a lie. But Umberto Eco and Jurgen Habermas really are coming to Athens for the World Congress of Philosophy in August, in addition to Simon Critchley. Eco is currently listed as to be confirmed on the WPC site for a lecture on Maimonides. Habermas will be partaking in a session on “Cosmopolitanism.”

More than 2,000 intellectuals, including octogenarian thinkers Jurgen Habermas and Umberto Eco, are expected in Athens next month for the 23rd World Congress of Philosophy.

Lectures and discussions during this year’s gathering, which will run from August 4-10, will concentrate on “Philosophy as inquiry and way of life,” organizers said.

It is the first time that the annual event is held at what is considered the cradle of Western philosophy. The event is meant to coincide with the 2,400-year anniversary since Plato founded his famous Academy, the world-famous site where the Greek philosophy giant taught until his late death.

The World Congress of Philosophy meets every five years in different locations. The organization has arranged with the Greek government to host some limited events in Plato’s academy among other landmarks.  Deadlines to submit papers has already passed, and you can see the accepted contributors for the 75 categories here.