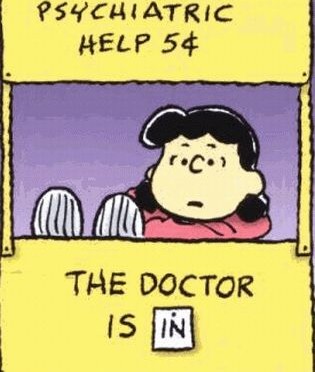 Has some Candy Crushing nimrod, glued to an iPhone, spitting sentence fragments into a hardly visible white wire about highlighting important strands of his or her hair ever bump into you on the street?

Fuck, well if this hasn’t happened, keep reading because tragically, whether you like it or not, this applies to you.

The existential vacuum is a concept from – surprise – existential literature. Existentialism is a philosophy based on a flipping of the binary essence vs existence script, where (if) any meaning is to be found, is in the latter. The term “existential vacuum” is derived from VIktor Frankl, and is expanded upon in his book “Man’s Search for Meaning.”

Everything that follows is on the existential vacuum: what it is, and most importantly what to do about it, and also why it’s necessary to know about this shit because like Ferris Bueller, and many others say while talking to a camera in the shower, “Life moves pretty fast, if you don’t stop and look around once in a while, you could miss it.’

So, you ask, What the fucks this got to do with Candy Crushing or vacuum cleaners?

Answer: Good question, it has nothing to do with either of those.

The existential vacuum is something that is always already, concomitant with today’s ultra-modern, hyper-consumerist standard of living. We now live in a fantasy world where thanks to social media networks we can’t ever be alone, where push notifications, on the daily, notify us close to nothing, and we pay for our coffee on the same device we spit into and crush candy on.

No doubt we cling to all this white noise. We cling to the day-to-day rhythms of monotony and obligation (e.g. candy crushing and hopeless conversation). We cling to basic mechanical habits that are absurd in the very same way we refuse to question their origins. But what happens when the white noise goes mute? What’s revealed is the devastating silence of our lives, where the things we’re so often absorbed in become alien to us, and alas, the vacuum has sucked the noise away and we’re left in the silence of the void, the void that is: the existential vacuum.

It’s spooky stuff! But not really. Let me explain.

It’s best to use physical analogies for philosophical concepts that are essentially embedded in the ether of our existence. Imagine a black hole. Got it? OK.

OK. Now, we know black-holes exist, but not because somebody has seen one and pointed it out. We only know of their existence to the extent that we can look at the orbits of surrounding stars to determine the presence of a black-hole nearby.

This is the same way we know the existence of the existential vacuum, only where we’re the stars, and instead of calculating physics, we can simply identify symptoms (which I’ll get to in a minute) that we can say are essentially determined by the existential vacuum being revealed. But unlike black-holes, the existential vacuum is not a physical void in the universe, but a void of meaning and purpose in our lives. And this void reveals itself upon a sudden irruption of our everyday absorption.

In short, Frankl writes, “The existential vacuum …is the mass neurosis of the present time…” (p. 129)

We’re likely to feel this neurosis on a Sunday.

Another lovely term coined by Viktor Frankl is Sunday Neurosis.

Sunday Neurosis is a uniquely devastating brand of existential anxiety due to an acute and sudden awareness that life is essentially meaningless, and one may find his or herself drenched in waves of emptiness and vague unease, where the most basic habits are seen as futile, and in asking oneself, What’s the fucking point? To no avail, you find there is not a one.

Heidegger explicates on the uniqueness of this brand of Angst, in that it is fundamentally different from the nail-biting Western anxiety and the run of the mill, everyday fear:

In the more rare occurrence of Angst—brought on by the existential vacuum being revealed—it is properly nothing (the void, the vacuum) that makes us feel anxiety. In Angst we don’t find ourselves in fear of this or that, but we lose ourselves to the void in our existence.

So according to Heidegger, Angst reveals the nothing of our existence by stripping away objects from us as they then toward us. It’s a hard notion to wrap one’s head around. The objects don’t just disappear. But Heidegger explains that we approach these objects with a feeling: unheimlich. What we would call uncanny, unheimlich translates from German literally to: not-at-home. It’s like trying to use your cellphone on LSD: you look at this vaguely familiar glowing little box in your wavy hands and you’re like, What the fuck is this thing? We become an alien to not only everyday objects but also our own lives.

If you’re a modern day working human, not a blackguard by any means, but you work, we all work: nine to five Monday through Friday, then you will most likely feel the onset symptoms of the existential vacuum become manifest on a Sunday. Due to the workweek coming to a lull, and weekend activities (if any) are over, then come Sunday you lose the thrall: the very thing you simultaneously need and resent, hence, Sunday Neurosis.

Sunday Neurosis Symptomology (that do not always occur on Sundays) as the Result of the Existential Vacuum.

(Note: existential neurosis is not a psychopathology, good luck trying to get insurance to cover the bill)

• Alienation – Cellphones, emails, Snap Chat, Facebook, Twitter, Foursquare (do people still use that?) etc. etc., all fall through one’s fingers as one suddenly realizes their true function: to keep one numb, and stupefied toward the meaninglessness of one’s life. One then slips away—a off the grid. The white noise that once kept one connected one now feels a stranger to.

• Misanthropy – One’s blood will boil at the very sight of those who are actively absorbed in the objects (esp. those Pollyana fuckers) that have just now evaded the frustrated individual. While others are engaged in the drama of human existence the existentially frustrated individual will walk around the street with a perpetual gag in the back of his or her  throat at the very sight of those drones whose canceled face is too far-gone in their cellphones.

• Self-Hatred – Occurs only after the frustrated individual realizes it is usually his or herself whose nose is only an inch away from the dull glowing touchscreen. Please note, these gadgets exacerbate the vacuum, they’re not the origin (don’t be pissed at the gadgets).

• Uncleanliness – Hygiene is something most of us keep up as courtesy for the other. If one’s close relationships are seen as meaningless, then surely impressing the pretty dentist is futile, as the dentist will never go near that filthy mouth, so hygiene is then liable to fall by the wayside. One is likely to redefine the word cavity to a positive: another place to store small shit (e.g. snowcaps, wasabi peas, and nerds).

• Idleness – The holiday of fools is the direct result of the inability to do anything. It’s not like one actively wants to do nothing, but most everything by now is labeled as it truly is: purposeless. It’s hard to do things without a purpose or any end in-sight. So excessive thumb twiddling is common during idleness (thumb twiddling lacks a telos), or rearranging things that don’t need rearranging, in which case idleness turns into something worse: unproductive productivity.

Above are the more deeply intrinsic psychological symptoms one faces when the existential vacuum has effectively sucked away the thin coding  that is life’s meaning. But there are other more delightfully engaging and stimulating manifestations, for instance: increased sexual libido, drugs, and drinks. But there is another grave potential eventuality: suicide (suicide is also a stimulation of sorts, insofar as it is not passive).

“Moreover, there are various masks and guises under which the existential vacuum appears. Sometimes the frustrated will to meaning is vicariously compensated for by a will to power, the will to money. In other cases, the place of frustrated will to meaning is taken by the will to pleasure. That is why existential frustration often eventuates in sexual compensation. We can observe in such cases that sexual libido becomes rampant in the existential vacuum.” (pp. 107)

In other words: You’ll start fuckin’ a lot.

Power, money, sex, and drugs—the primitive will to pleasure—are the active engagements one is liable to resort to to counter the knowingness of the existential vacuum. Sadly, these more shallow activities may offer us only a brief reprieve. They are not strong enough to clog the sucking power of the vacuum.

And just to make something clear Frankl notes:

“It goes without saying that not each and every case of depression is traced back to a feeling of meaninglessness, nor does suicide—in which depression sometimes eventuates—always result from an existential vacuum. “ 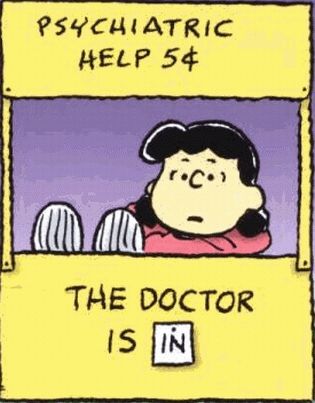 OK. So, what Frankl is saying here, is that if you’re seeing a shrink for a malaise of this or that sort, don’t go barging into the shrink’s office like a madman ranting about black holes, voids, and vacuums as the cause of your various psychic entanglements. This phenomenon is of the mind and is with us no matter what we do, what pills we take, it’s not ever going to go anywhere.

So, Life is fucking meaningless. Great, now what?

Frankl quotes Nietzsche several times throughout “Man’s Search for Meaning” with this banger, ”He who has a WHY to live for can bear almost any HOW.”

So, Answer: The vacuums kryptonite is an authentic existence. A genuine and very real, ‘why’, but this why isn’t just given to us. It takes work. And it is not we who ask what is the meaning to life, but it us who are being asked.

So what is your answer?

(not a rhetorical question)

A) Creating a work, or doing a deed. Very Similar to Camus, who argues that we can either commit suicide in the face of absurdity, or create our own work of art that is our life.

B) Experiencing something or encountering someone (esp. LOVE). Vague I know, but the people in our lives obviously impact us a great deal. We need them and they need us, we experience each other.

C) By the attitudes we take toward unavoidable suffering.

Frankl survived four death camps during World War II. He experienced incomprehensible suffering, suffering that he identified at the time as meaningless. People in the camps, he said, either committed suicide in one form or another or they continued to live despite the meaninglessness of their suffering. If this guy could discover meaning in Auschwitz, why can’t most of us do it in big cities where there is an abundant supply of sushi and pizza?

“Live as if you were living already for the 2nd time and as if you had acted the first time as wrongly as you are about to act now.”(p. 150)

So go out there, feel the void, live your life, as it is likely the only one you’ll get, and maybe the people who are so damn absorbed will give you a stupid smirk that you’ll try to immediately wipe off before anyone notices, but don’t worry: nobody cares about you, they care about getting to the next level of Candy Crush, or catching that next bus, or that next fix.

You will be OK.