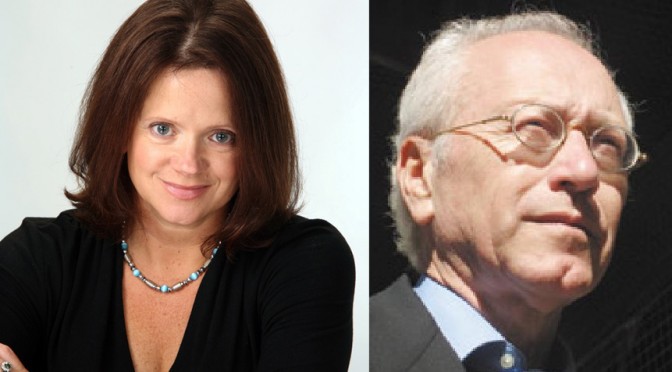 Critical theorists Jodi Dean and Andrew Feenberg recently took to Vancouver’s Simon Fraser University to debate the political merits of the internet. Dean argues that the ever-increasing commodification of the internet presents a distraction from real politics in the form of “liking” statuses and a commodity fetishism directed towards the rapid exchange of communication. Feenberg argues that nothing about the internet is ontologically capitalist and that it could be an instrument in political action.
You can listen to the full debate below, or read our condensed and wildly inaccurate summary.

Jodi Dean is a professor at Hobart and William Smith College. Her academic interests including feminist theory, the internet, neoliberalism, and psychoanalysis. She has a blog you can read here.

In an article titled “Politics without Politics,” Dean has been critical of democratic struggles arguing that democracy is an objet a, a goal from which we gain joy from perpetually almost achieving it but not quite. “Consider a chant repeated at hundreds and thousands of protests over the last decade: What do we want? Democracy! When do we want it? Now! This chant works as a protest because it is clearly impossible.”

This argument will become fundamental to her critique of political action via the internet.

Andrew Feenberg is a professor of the philosophy of technology at Simon Fraser University. He was a student of Herbert Marcuse (who in turn was a student of Martin Heidegger). He edited  The Essential Marcuse and wrote Critical Theory of Technology

He also sort of  invented online education. Thanks for the University of Phoenix, Professor Feenberg.

Jodi Dean – The internet is stupid and full of lolcats. Dean argues that current forms of neoliberal capitalism rely on modes of communicative production that internet activism fuels. Dean uses the term “communicative capitalism” to describe this current mode of production.

When linked to new medium democracy tags a politics light that anyone can get behind…it’s especially attractive to purveyors of mobile phones, notebook computers, software and social media platform. The injunction to get connected and participate  is an injunction to buy as well as to make oneself available to marketers.

Dean also ties the psychoanalytic concept of drive and the objet a into our desire to look at pictures of cats on the internet.

Dean continues to argue that commodity fetishism marks our internet participation.  We’re more concerned about how Twitter shaped and made possible the Arab Spring (as if activism never happened before the advent of the internet) than the actual political action being made. This is to divest attention from the real protest towards commodified and vacuous shows of political support (e.g. changing your profile picture for marriage equality).

Andrew Feenberg – There is nothing ontologically capitalist about the internet, and the technology can be retooled for activism. Feenberg first starts his counterargument not necessarily by answering Dean but by telling cool stories about the advent of the internet. He talks about how back in the day he and his colleagues prophesied the end of the university and revolution that would maybe end oppression.

Despite being wrong, Feenberg still thinks that  even with an ever-increasing effort to commodify the internet, it still provides a meaningful tool in activism and politics. Early computer enthusiasts were mostly concerned about the monopoly that mainstream media had on political thought. That monopoly, while not entirely, has been made increasingly vulnerable in the face the democratization of the internet.

John Bellamy Foster and Robert McChesney have a really good take on the ongoing commodification of the internet and the Lauderdale Paradox.