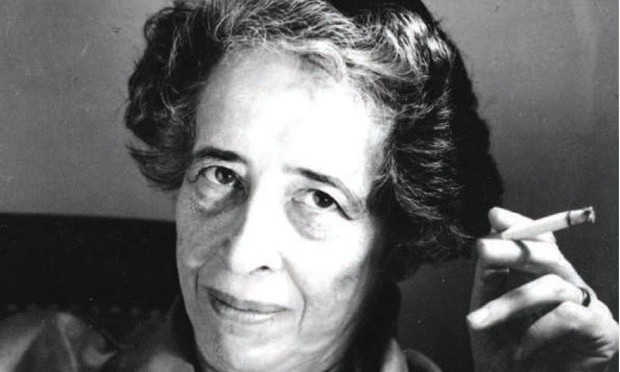 Who knew critical theory pays? Until May 31, you can enter to win a writing contest on civil disobedience that offers the winner $5,000.

The Hannah Arendt Prize in Critical Theory and Creative Research is a competition being offered by the Pacific Northwest College of Art for
“those interested in the juncture of art and creative research and in the principles at the heart of the arts and humanities, including sense-based intelligence; the reality of singular, nonrepeatable phenomena; ethical vision; and consilience between inner and outer, nature and reason, thought and experience, subject and object, self and world.”

This is the second offering of the prize. The first prize was award in 2012 to Rob Marks, whose essay can be viewed here. The contest is open to the general public.

The theme is: On Art and Disobedience, or What Is an Intervention?

It is then explained:

“To disobey in order to take action is the byword of all creative spirits. The history of human progress amounts to a series of Promethean acts. But autonomy is also attained in the daily workings of individual lives by means of many small Promethean disobediences, at once clever, well thought out, and patiently pursued, so subtle at times as to avoid punishment entirely. All that remains in such a case is an equivocal, diluted form of guilt. I would say that there is good reason to study the dynamics of disobedience, the spark behind all knowledge.”
–Gaston Bachelard, Fragments of a Poetics of Fire

Intervention is an omnipresent if not ubiquitous word in contemporary discourse, but what forms does it take in the age of genetic engineering and real-time media? Is the concept a decoy or distraction in the face of futility? A cover or compensation for hopeless battles and set-ups? Is it simply working to slow down the Inevitable, a notion that in and of itself works as a major obstacle to critical thought and action? Or is it something more serious, more durable, and more dangerous? What is the relation of critique and intervention, theory and practice? And what role does art play in what Bachelard called “creative disobedience,” acts of Prometheanism “so subtle at times as to avoid punishment entirely”? Might art now comprise one of the last forms of political stealth, working in increasingly sophisticated time-based ways? What kinds of thought and action are powerful and compelling interventions today, whether one-off spectacles, sabots, monkey wrenches, sleepers, gummy bears, or Trojan Horses?

The panel of judges includes many prestigious philosophers as well as a mix of scholars of other disciplines.“Along with Anne-Marie Oliver and Barry Sanders, Founding Co-Chairs, MA in Critical Theory and Creative Research, Pacific Northwest College of Art, the judges for 2013 include:

Previous judges have included Critical-Theory favorite Jacques Ranciere and include a diverse array of professions from photographers and writers to philosophers “proper.”
More information on the prize is available at the PNCA website here.