Open Humanities Press publishes both journals and books that are freely available to the public. Readers are also able to buy the books in print to support their project. Colebrook has published a plethora of books on Deleuze (including “Deleuze: A Guide for the Perplexed“) and is the editor of the Critical Climate Change Book Series for Open Humanities Press.

Download the books by clicking on the covers  below.Both books will be available to purchase in print in the near future. 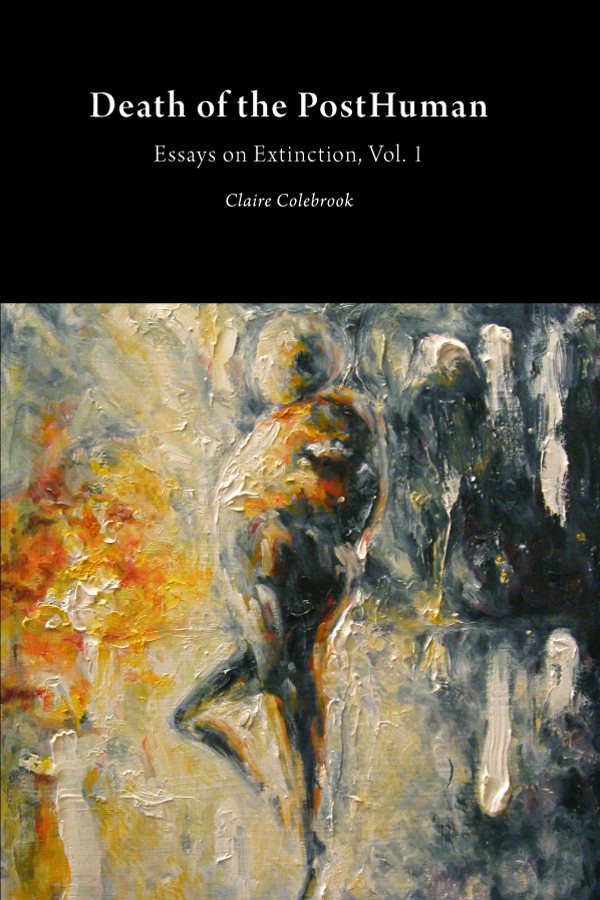 Death of the PostHuman undertakes a series of critical encounters with the legacy of what had come to be known as ‘theory,’ and its contemporary supposedly post-human aftermath. There can be no redemptive post-human future in which the myopia and anthropocentrism of the species finds an exit and manages to emerge with ecology and life. At the same time, what has come to be known as the human – despite its normative intensity – can provide neither foundation nor critical lever in the Anthropocene epoch. Death of the PostHuman argues for a twenty-first century deconstruction of ecological and seemingly post-human futures.

Sex After Life aims to consider the various ways in which the concept of life has provided normative and moralizing ballast for queer, feminist and critical theories. Arguing against a notion of the queer as counter-normative, Sex After Life appeals to the concept of life as a philosophical problem. Life is neither a material ground nor a generative principle, but can nevertheless offer itself for new forms of problem formation that exceed the all too human logics of survival.