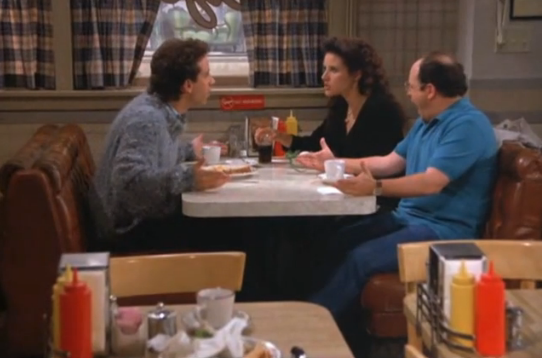 Smetnjak is a Slovenian art collective that spends most of their time lampooning their nation’s primary cultural export, Slavoj Zizek, with memes and mash-ups. Following their popular mashup of Zizek singing “The Great Pretender,” Smetnjak has released a video mashup of Zizek and Seinfeld.

The video is derived scenes from the Seinfeld episode “The Sniffing Accountant,” wherein Jerry and co. investigate an accountant who they believe to be on drugs for sniffing too much.

Smetnjak has described themselves as “critical theory practiced within the pop form of meme.”

Watch below, and check out Jacques Derrida ragging on Seinfeld when you’re done.