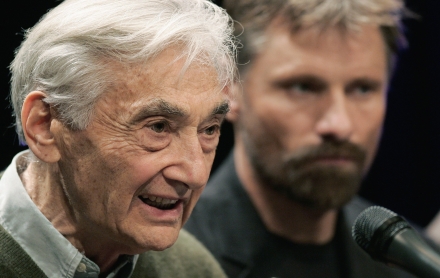 In the following clip, actor Viggo Mortensen narrates an excerpt from radical historian Howard Zinn’s “A People’s History of American Empire.“The section is titled “Empire or Humanity? What the Classroom Didn’t Teach Me About the American Empire.”

Zinn recounts serving during WWII on a bomber plane, and the slow realization that the word “imperialism” was largely omitted during discussions of US history.