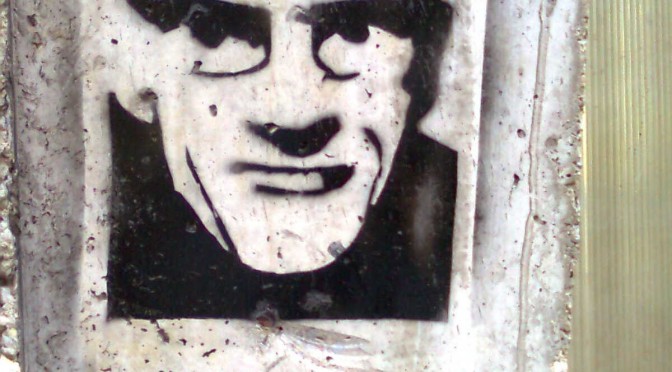 The Ethnography and Qualitative Research Conference in Italy is now accepting submissions for their special session on Foucault. The deadline for submissions is February 14, 2014.

Find more info on the conference and how to submit here, or read the call for papers below.

Since the Sixties, Michel Foucault had described his work in ethnographic terms, stressing that for him it was a question of situating outside of the culture we belong to, in order to critically show the way in which this latter was built. Foucault’s perspective, far from representing only an historical analysis of the nexus between powers and knowledges, as a genealogy was firmly anchored to the analysis of the present; and it was also grounded on the ethical and political necessity to understand the present as the threshold that splits up what we have become from what we are no longer, in order to open some possibilities to think ourselves differently from what we are.

On the one hand, ethnography appears for sure among the human and the social sciences that on the one hand are susceptible of the critique addressed by Foucault, but on the other in the last decades it seemed to be able to take the critical solicitations produced by the French philosopher. For this reason, it seems useful to question the way in which today –a present which is certainly different from the present of Foucault – ethnographic practices still succeed in making operatives some of the conceptual tools offered by Foucault tool-box. However, the uses of these tools are not limited to a mere application: rather, the application itself becomes a moment of test, of experimentation and of theoretical and methodological innovation, extending further the foucaultian trajectory beyond the lines of research undertaken by him.

Therefore, we will welcome contributes able to show how ethnographic practices have adopted and re-elaborated analytical strategies and categories which come out from Foucault’s texts, both  in relation both to the construction of a specific fieldwork, both regarding to the changing and productive relationships that who does an ethnographic work established with it. Concerning this last point, we refer to the way in which Foucault could be used also “reflexively”, to grasp the transformations that specific ethnographic practices generate on those who conduct ethnographic researches, modifying epistemologically and/or ethically the relationship that one has with oneself and with the others.

We are particularly interested to contributions both in English and in Italian on the following themes: