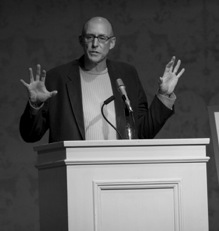 Michael Pollan is a beloved foodie intellectual and author or “The Omnivore’s Dilemma.” Michel Foucault is a dead French critical theorist who was once described by Noam Chomsky as one of the most amoral people he has ever met.

They also really, really look like each other. So much so that a Google image search for “Michel Foucault” will, in fact, yield many pictures of Michael Pollan.

The culprit for such a confusion turns out to be this blog: “Michael Pollan or Michel Foucault?”

Ok, it’s really not that hard. But it’s still hilarious. Here are some notables. See them all here.