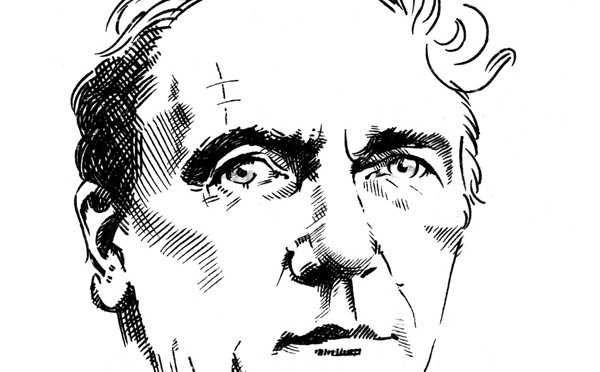 We here at Critical-Theory are surely in no position to mock anybody for shoddy journalism. Especially when most of our journalism is done through Google and Wikipedia (thanks $100,000 degree!). And most our articles are full of typos which we won’t discover until a flurry of Facebook trolls make fun of us.

Some time ago (seriously, we’re not even going to try to figure it out, we’re awful), Vice posted A Slob’s Guide to Critical Theory.While pretty funny, it’s kind of shit. We reject the binary of shit/good, and we’ll say it’s a bit of both.

There is some nice coverage of Walter Benjamin and Michel Foucault:

Like Gandalf and Gandalf’s gay son, Walter Benjamin and Michel Foucault (above) are the great wizards of critical theory. Benjamin’s magnum opus, the Arcades Project, wasn’t finished by the time the Second World War (and his subsequent suicide) rolled around, so it was hidden in Bibliothèque nationale in Paris, where it remained, undiscovered, until well after the war. Remember, the “j” in Benjamin is silent. People have been ruined in academic society for fucking that up. Foucault was indebted to Benjamin but created, with his work, a global team of starry-eyed disciples who couldn’t wait to put his pendulous French balls in their mouth. And I don’t blame them. He was an awfully clever man.

Vice also argues (quite correctly) that critical theorists need to calm the fuck down with their shitty, convoluted language (I’m talking to you, hyperreal ghost of Baudrillard).

When an academic is attempting to say something complicated or, as is often the case, analyse a simple phenomenon in a complicated way; justifying a pointless essay, a number of clauses will be used. Sentences will go on for pages. Ideas, or statements, will pile up on top of one another, agency is taken from the reader, the consumer of the text, the product, as ideas pile up; the statements remain though, buried, amid the clauses, the clause. At school you were probably reverentially told about George Orwell and his famous rules for writing good English (be simple, be clear, don’t use metaphors etc etc. It always sounded boring to me). Time to throw old Orwell in the bin along with your dreams of a brighter future. Write in short sentences? Come on mate, you’re not in kindergarten now. You’re at the University of the West of England.

But the real faux-pas in the article is completely missing the mark on Jacques Ranciere.

No one has done more to explain the role of the spectator, in a complicated French way, than this guy. Yes, the spectator. That’s you at an Atlas Sound gig, or paying teenage Russians to strip on the Internet. What pissed off Rancière was that the spectator didn’t know the machinations behind the devised theatrical happening (“play”) they were witnessing (“watching”), they just sat there pretending to find Shakespeare’s jokes funny. Rancière wanted to break that fourth wall; a cultural quest which arguably plodded through punk and ended up as Wayne’s World.

In fact, this is the exact opposite of what Ranciere argues. Not even a different in interpretation, just straight up wrong. Ranciere doesn’t want to emancipate shit, because he’s all like “bro, you’ve got this.’ You see, Ranciere goes on for entire books calling people like Jean Baudrillard and Guy Debord a bunch of fascist for claiming that spectators are passive and dumb. In “The Misadventures of Critical Theory“, he argues that they contemptuously paint a picture of “masses of poor idiots engulfed in the flood of images carried by the flood of commodities.” And no, that’s not a good thing.  Here’s Ranciere explaining the situation. You should note “Plato’s cave” is Ranciere’s nice way of calling Debord and Baudrillard fascists.

The situation of those who live in the society of the spectacle amounts to the situation of the prisoners in Plato’s cave. In the cave, the images are deemed realities; ignorance is deemed knowledge, poverty richness or richness poverty. And the more the prisoners imagine that they are able to construct their individual and collective life in another way, the more they get bogged down in the servitude of the cave. The problem is that this declaration of impotence backfires on itself. Knowing the law of the spectacle is tantamount to knowing its way of reproducing indefinitely its falsification which is the same as its reality.

…It is necessary to re-examine the genealogy of the concepts and procedures of that logic and the way in which it got intertwined with the logic of social emancipation…. this shift from harsh criticism to contemptuous complacency still validates the representation of masses of poor idiots engulfed in the flood of images carried by the flood of commodities .

If you’re interested in reading more about Ranciere’s criticism of Debord and Baudrillard, check out the The Emancipated Spectator