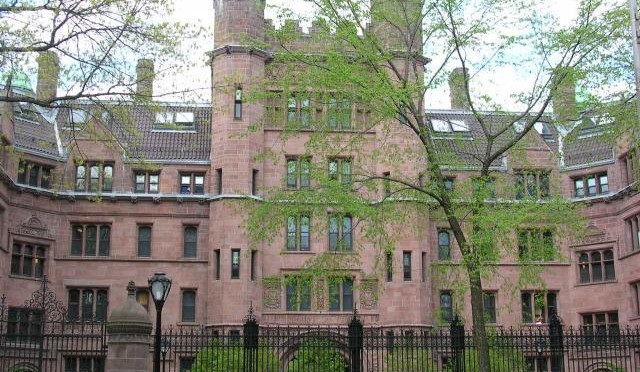 Vlahos discusses the lack of response over the “news that the Department of Defense may have been funding the “U.S. SOCOM (Special Operations Command) Center of Excellence for Operational Neuroscience,” at the Yale Medical School in New Haven.” “May have been funding” is an interesting choice of words, because last time I checked the DOD wasn’t naming any programs “The Judith Butler Center for Palestinian Freedom.”

Vlahos takes a cue from Henry A. Giroux and places this spat in context of the larger militarization of the academy:

“It is symptomatic of a much broader issue that speaks to the way that the military industrial-academic complex is evolving in ways that are completely at odds with the presupposition that universities should operate as a democratic public sphere,” declared cultural critic and author Henry Giroux, who penned The University in Chains: Confronting the Military-Industrial-Academic Complex, in 2007.

Giroux told Antiwar.com in an interview that “9/11 was a turning point,” when the Bush Administration and the neoconservatives gunning for a unilateral military response turned on academia as “the weak link in fighting the war on terror.” He pointed directly to a stunning 2001 report by the American Council of Trustees and Alumni, led by Lynn Cheney, spouse of Vice President Dick Cheney and then-Sen. Joseph Lieberman, which attacked specific academics for “failing America.”

Even more disconcerting is the Grand Strategy Program at Yale. The program, funded by a bunch of conservatives, is a sort of ongoing homage to the diplomatic prowess of Henry Kissinger. The same Kissinger who lovingly called bomb-strikes in Indochina “Breakfast, “Lunch” and “Dinner”.

This means many of the program heads, professors, and especially guest lecturers and speakers, are retired military officers, bureaucrats or national security executives. It is a forum for which Henry Kissinger resides as spiritual dean, and books written by one or more members of the Kagan Clan inhabit the reading lists. It means total ratification and very little creative dissent from the current foreign policy/national security establishment that brought us the Cold War, Vietnam, Iraq, counterinsurgency (COIN) and the Global War on Terror.

Check out the full article on Truthout.