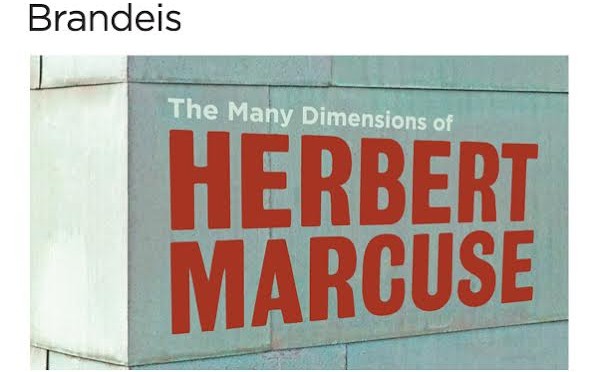 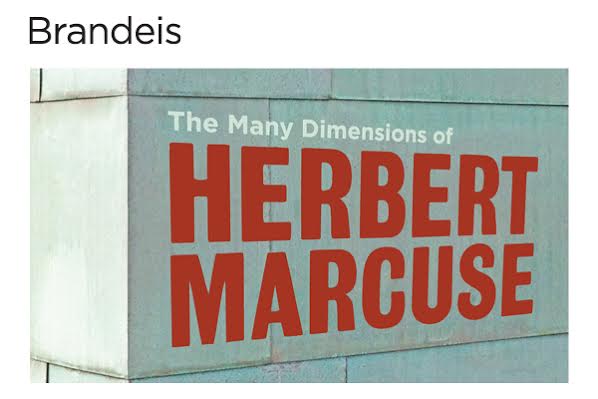 Dwellers of the Northeast: you can now register for a 2-day conference in commemoration of Herbert Marcuse’s “One-Dimensional Man.” The conference coincides with the books 50th anniversary and will take place from October 1-2 at Brandeis University. Registration is free, and keynote speakers will include Douglass Kellner, who wrote the intro to the 2nd edition of “One-Dimensional Man,” and Martin Jay.

“The conference will explore Marcuse’s intellectual and political legacy and coincides with our recent archival discovery of an early draft of One-Dimensional Man, donated to Brandeis by Marcuse himself.”

A Marcuse devotee, Gamsby was ecstatic when the box was retrieved from storage and he unexpectedly pulled out two thick black folders tied with string, each holding about 200 pages of typewritten manuscript of unknown date. Text revisions — some just single words, some entire sentences — were carefully penned between the lines. The first folder also contained Marcuse’s bookplate, inscribed “A Gift for Brandeis University.”

“Without a doubt, this early manuscript is the best possible item I could have come across in my search for Marcuse materials here at Brandeis,” says Gamsby. “It was definitely a Eureka moment for me.

Although the provenance of the manuscript is still unclear, Gamsby thinks it is possible Marcuse gave the manuscript to Brandeis in 1965, the year he retired from the faculty. The draft bears notable changes from the published work, including, according to Gamsby and others, a starker opening but a more hopeful conclusion about the future of culture.

You can register for the conference here.