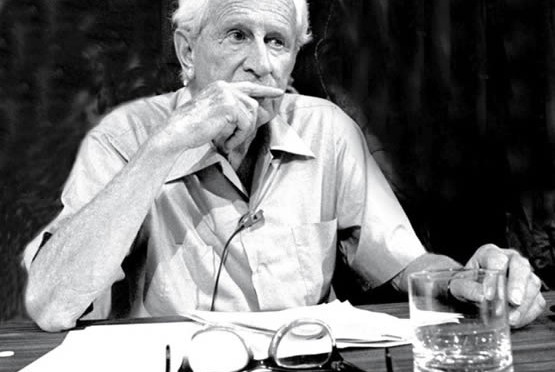 A recently uncovered box found at Brandeis University could shed light on the evolution of Herbert Marcuse’s  book, “One-Dimensional Man.”

“One-Dimensional Man: Studies in the Ideology of Advanced Industrial Society” is perhaps Marcuse’s most well known work. Marcuse argues that technological rationality, in both capitalist and Soviet economies, has destroyed the ability of its citizens to resist and even think critically. He also notes that “the ‘affluent society’ has become a society of permanent mobilization against the risk of annihilation.”

Among the changes in the manuscript is a “more hopeful” outlook on the future in the book’s conclusion.

Marcuse was a bastion among 1960s activism. He mentored prison-abolitionist Angela Davis and was targeted by then-governor Ronald Reagan, who tried to have Marcuse fired from his position at UC San Diego.

The draft manuscript of “One-Dimensional Man” was found after Brandeis’ Patrik Gamsby tried to find something interesting for the 50th anniversary of the book.

A Marcuse devotee, Gamsby was ecstatic when the box was retrieved from storage and he unexpectedly pulled out two thick black folders tied with string, each holding about 200 pages of typewritten manuscript of unknown date. Text revisions — some just single words, some entire sentences — were carefully penned between the lines. The first folder also contained Marcuse’s bookplate, inscribed “A Gift for Brandeis University.”

“Without a doubt, this early manuscript is the best possible item I could have come across in my search for Marcuse materials here at Brandeis,” says Gamsby. “It was definitely a Eureka moment for me.

Although the provenance of the manuscript is still unclear, Gamsby thinks it is possible Marcuse gave the manuscript to Brandeis in 1965, the year he retired from the faculty. The draft bears notable changes from the published work, including, according to Gamsby and others, a starker opening but a more hopeful conclusion about the future of culture.

We were unable to locate a digitized manuscript, but we are currently trying to find one (if it exists).