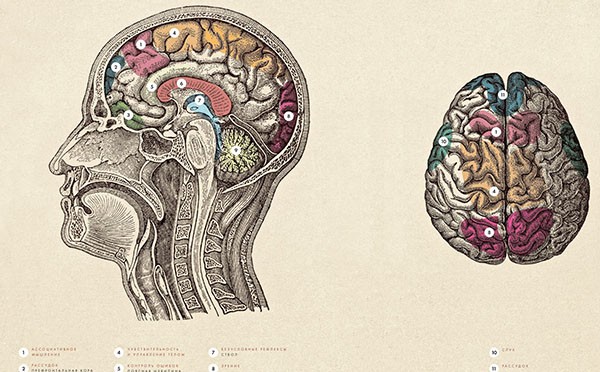 In an interview re-published back in February on Ross Wolfe’s blog, neuroscientist and Marxist Ben Campbell discusses the relationship between Marxism and science. Campbell notes that many forms of contemporary science resemble as kind of dialectic they would otherwise reject. Campbell also talks about the history of Marxism’s relation with science, as well as the ideological use of science exhibited by neuroeconomists and evolutionary psychologists.

Scientists always use philosophy to inform theory, whether they realize it or not.  The very act of induction implies metaphysical speculations about the way the world is.  Thus, the second response to this question, which is in my opinion more interesting, involves looking to contemporary science to inform philosophy, and vice versa.

And on the connection between biology and dialectics:

In answering this question from a biological perspective, there is a long tradition viewing life as a homeostatic process.  Sometimes this perspective has been dominant, at other times less so. You can see it from early experimentalists like Claude Bernard and Walter Cannon to cyberneticists like Norbert Wiener and W. Ross Ashby.  In this general view, life is envisioned as a process of regulating an internal environment against the ongoing threat of entropy. “Cybernetics,” coined by Wiener, comes from the Greek for “steersman,” emphasizing life as a perilous process of navigation.  And as Ashby would note, the process of regulating a system requires the “modeling” of that system.  Thus, life is seen as a process of organism modeling its environment. Or, as I said earlier, this is a view of life as a “process driven by the resolution of contradictions between the object and the subject’s representations of it.”  Thus, there are long-standing conceptions of life that are ‘dialectical,’ quite different than much of the popular molecular biological reductionism.

Thus, while few contemporary biologists would recognize it as such, contemporary biology is increasingly a vindication of Hegel’s dialectical understanding of the subject-object relation, and hence Marx’s materialist dialectic.  Does that mean that today’s science is, in a way, Marxian? No.  Marxism is more than just the materialist dialectic.  A Marxist scientific practice would be one whose subjects were conscious of that dialectic, both in its natural and social forms. Today’s science, greatly atomized and lacking in coherence, is a long way from that.

And on the ideological nature of some forms of modern science:

Well, science has a reputation as a neutral arbiter of truth, and as such it is unsurprising that “scientific” claims are frequently enlisted as ideology in support of those with power, which exists today as capital in its manifestation as neoliberalism. One could go back many decades, of course, to see science used as ideology in previous phases of capital accumulation, such as various racist theories in the heyday of imperialism, and even the advocation of eugenics against the working class in the august pages of Nature. Of course, liberals now look back at this “science” in horror, as though it marks mere scientific misconduct or bad practice, while from a Marxist perspective it is entirely expected. Marxism is unique in its understanding of science, ascribing neither to a naive scientific empiricism, nor a postmodern relativism. It questions the ideological assumptions of science, particularly with respect to the requirements of capital, without denying the possibility of scientific truth.

….As a neuroscientist and a Marxist, some of the more troubling developments in recent years have been in the area of “neuroeconomics.”  While much of the work carried out on human decision-making is quite valuable in challenging the assumptions of neoclassical economics, much of the work being conducted by “neuroeconomists” is heavily ideological, driven by a desire to synthesize neoclassical microeconomics and neuroscientific theory. And so the human brain is increasingly viewed through the lens of neoclassical theory, with the ventral tegmental area correlating with utility — dopamine as value drug.  And so today, an increasing number of neuroscientists (well-intentioned people, indeed my colleagues and my former self) speak of the human brain as maximizing value, endeavor to measure value and reward with functional MRI experiments (often played for money), and elucidate our contemporary notion of “human nature” through this framework.