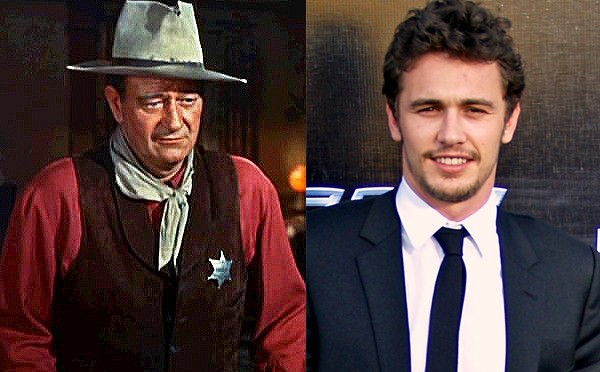 James Franco, writing in Vice, breaks down the work of artist Richard Prince using with work of Roland Barthes. I guess those 20 degrees Franco got came in handy.

Richard Prince came to the attention of the art world in the 1980s for appropriating the Marlboro Man advertisements into his own photographs. When he started appropriating images he was working at Time-Life in the tear-sheet department. “At the end of the day, all I was left with was the advertising images, and it became my subject.” He would rephotograph the advertisementsand then crop them to remove the text and most references to the cigarettes they were selling. Eventually one of his Cowboy photographs would become the first photo sold for more than $1 million. In 2007 he reset the record price for a photograph by selling “Untitled (Cowboy)” for $3,401,000 at an auction.

Richard’s use of Malboro men is a particularly unique situation because it reverses the usual direction of artistic appropriation. Where advertisements usually assimilate a range of cultural references, from high art to lowbrow humor, it wasn’t until Warhol that artists turned on advertising and began appropriating right back. Richard’s work is an extreme example of this appropriation, and thus a great locus for studying the art world’s re-mythologization of myth—a subject Roland Barthes famously deconstructed in his series essays on pop culture as modern-day myths, collected in Mythologies.  Richard has expressed his contempt for Barthian analysis of his work—the notion that he is simply “stealing” from the ads and calling it “appropriation”—but this seems like a lowbrow stance against highbrow criticism as a defensive measure. It is not that Barthes shouldn’t be applied to his work; it is more like Richard is making a preemptive strike against such criticism because it could categorize his work very well.