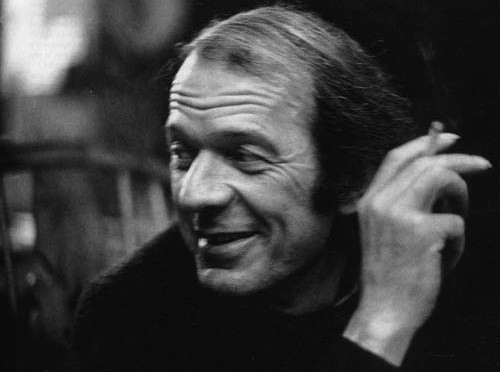 The March issue of Theory and Event has been released online. The journal is not open-access, but a pdf version of  “Deleuze, Occupy, and the Actuality of Revolution” can be downloaded for free here at Thomas Nail’s Academia.edu page.

Theory and Event is a journal dedicated to “allowing theory to be confronted by the surprises of current events, analysis to be tested against the immediate, and interpretation to wrestle with the ongoing sweep of change.”
Read the introduction by Jodi Dean below:

Introduction  —  Jodi Dean and Davide Panagia
We begin the sixteenth year of Theory & Event by grouping the contributions to this issue into four sections: “Articles,” “Austerities,” “Symposium – US Election 2012,” and “Reviews.” The pieces in each section endeavor to theorize an event or events, even as they remain acutely aware of the changes and continuities that disrupt presentations of old or new, similar and different, significant yet banal. At stake in each is an approach to collectivity, a thinking of political rupture and movement in terms of their enabling collectivities.
The two pieces in the “Articles” section take up revolution and displacement. Thomas Nail connects Deleuze to the recent debate on communism. “Deleuze, Occupy, and the Actuality of Revolution” engages communist critics of the speculative leftism of Deleuze and Guattari (such as Alain Badiou, Bruno Bosteels, Peter Hallward, and Slavoj Žižek), using their critiques to launch a constructivist reading of Deleuze and Guattari’s philosophy of revolution. Nail then puts this reading to use in an analysis of Occupy Wall Street that demonstrates the ways the movement resists and exceeds a politics of state, party, proletariat, and vanguard. The actuality of revolution, Nail argues, is better understood with categories such as “deterritorialization” (specifically, in the four variants discussed in A Thousand Plateaus) and “consistency” (as it resolves the problem of a political collectivity or composition that is neither representational nor merely potential). Sudeep Dasgupta analyzes displacement in the work of Jacques Rancière, as an attribute of both his formulation of concepts and his style of argumentation. Through his analysis, “The Spiral of Thought in the Work of Jacques Rancière,” Dasgupta illuminates the relation between politics and aesthetics, as well as the problems in their orders and equations, in Rancière’s thought. Understood as spiraling displacement, the operation of critique repartitions the perceptible, blocking programmatism and prescription.
The two contributions to “Austerities” focus on recent political disruptions, specifically right-wing violence in Greece and economic precarity in the United States. In “The Comrade is Violent: Liberal Discourses of Violence in Anti-austerity Greece,” Pavlos Hatzopoulos and Korinna Patelis investigate the equating of right and left in the hegemonic liberal discourse. They note the obscene attachment to violence on which the “extreme center” of this liberal discourse depends. Rather than erasing violence under a peaceful democratic imaginary, the hegemonic discourse uses violence, real and imaginary, to position itself as a reasonable center. In “Occupy Precarity,” Sanford Schram uses Judith Butler’s account of bodies in alliance to theorize the collective political agency of a diverse population. For Schram, following Michael Shapiro, precarity provides an “action framework” wherein subjection under neoliberalism is turned back in on itself against the state.
Issue 16.1 also features a symposium on the 2012 election in the US.  Edited by Steven Johnston, the symposium eschews the celebratory rhetoric of democracy to consider the way the democratic process subverts democracy as well as the unpredictability of democracy in unlikely places and moments. Contributing to the symposium are Romand Coles, Paisley Currah, Michaele Ferguson, David S. Gutterman, Robyn Marasco, Lori J. Marso, Paulina Ochoa Espejo, and George Shulman.  The symposium introduction can be viewed here:http://muse.jhu.edu/journals/theory_and_event/v016/16.1.johnston.html
Issue 16.1 concludes with six book reviews:  Thomas Dumm reviews William Connolly’s A World of Becoming; Brian Duff reviews Kennan Ferguson’s All in the Family; Melissa Ptacek reviews Eyal Weizman’s The Least of All Possible Evils; Alexander Otruba reviews Delia Popescu’s Political Action in Vaclav Havel’s Thought; Robert Lehman reviews Martin Hägglund’s Dying for Time; and, Keally McBride reviews Kathy Ferguson’s Emma Goldman and David Graeber’s Debt.
“Philosophy’s sole aim is to become worthy of the event.” Gilles Deleuze