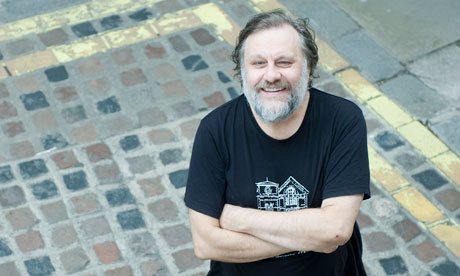 Slavoj Zizek, academic troll par excellence, will be the subject of four new operas commissioned by the Royal Opera House in London.

Sean O’Hagan of The Guardian reports that the announcement was made January 2013.

Don’t get too excited, unlike Zizek’s books, which are pumped out faster than Justin Bieber singles, the operas aren’t slated to be finished until 2020. But who cares, you’ll still be faced with debilitating debt seven years from now because you’re majoring in Literary Criticism and won’t be able to afford tickets anyways.

The Zizek-inspired operas are planned to reach the main stage in 2020. The philosopher has, said Holten, “challenged opera writers to write about their fears and hopes for the world now.” The four composers invited to undertake the challenge are the Finn Kaija Saariaho, German Jörg Widmann , Italian Luca Francesconiand the Briton Mark-Anthony Turnage whose opera Anna Nicole, about the model and TV personality, is to be revived in the 2014-15 season. Turnage is also writing an opera for children for the Linbury, scheduled for December 2015.

Let’s hope song titles include “And So On and So On” and “Tulips are Horrible Vagina Dentata“.