Straight from the bowels of the internet, the best Tumblr you’ve seen all week (or month): Michelle Foucault. Mixing the hijinks of Michelle Tanner with the wisdom of Michel Foucault, the site has been making the rounds on social media.

We’ve always known that Full House is a Foucauldian show. When Uncle Jesse shouted “Have mercy!,” was he not upholding the juridico-political order by affirming that one has mercy to give? Or, when Michelle informed one that “You’re in big trouble, mister,” was she not proving that power isn’t top-down, but rather diffused and emanating from everywhere?

The Tumblr is the work of Buzz Slutzky, an artist and student at The New School .

Here are some of our favorites, check them all out at MichelleFoucault.tumblr.com. 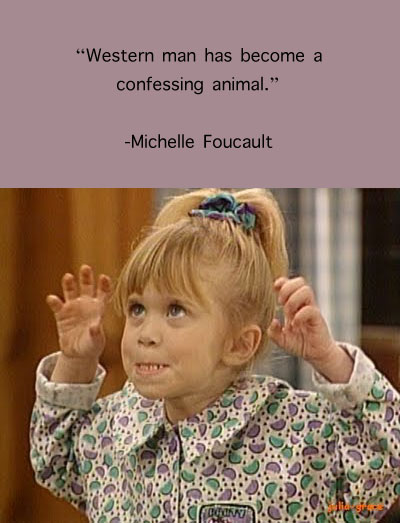 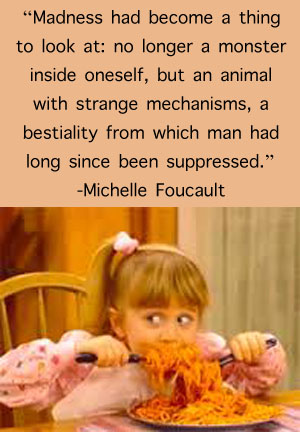 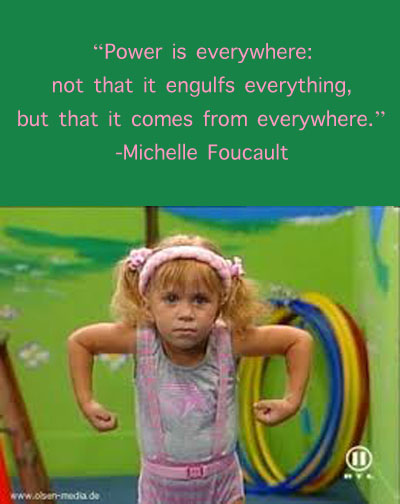