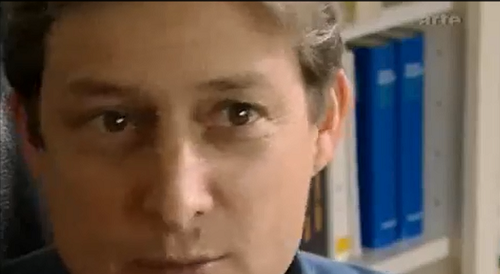 In this documentary uploaded to YouTube, Judith Butler discusses her work and her childhood. Though the documentary is in French (with bits of German conversation), it primarily Butler speaking in English with French subtitles.

Butler was born in Cleveland, Ohio to a Jewish family. Her parents, Butler explains, were very engaged in politics and debate and owned a small set of movie theaters in the area. Butler reveals that her work in “Gender Trouble” is heavily influenced by her Jewish upbringing.

“Maybe ‘Gender Trouble’ is actually a theory that emerges from my effort to make sense of how my family embodied those Hollywood norms,” Butler muses, “and also how they didn’t.”

Butler recounts that she was never very good in school, referring to herself as a problem child who would speak back at her elders and skip class. Her mother was warned by her school that she might one day become a criminal.

As a punishment, Butler was allowed to stay in her Hebrew school on the condition that she took private lessons with the rabbi.

“He asked me what I wanted to study,” Butler tells of their first meeting. “And he was very suspicious of me because I was this problem children. And I told him I wanted to know why Spinoza was excommunicated from the synagogue. I wanted to know whether German idealist philosophy was linked to the rise of Nazism, and I wanted to understand existential theology. And I was 14 years old.”

Watch the documentary below. It is broken up into 6 segments.