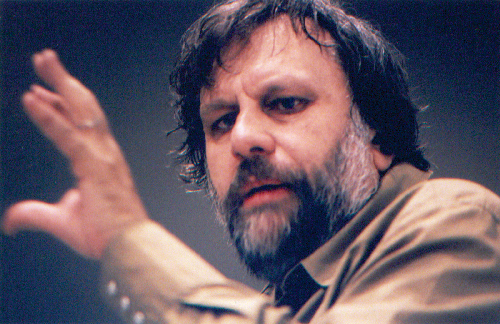 The International Journal for Zizek Studies has just released their latest issue (Volume 7, #2). All articles are available freely in PDF.

The issue features an article by Zizek himself, titled “The Role of Chimney Sweepers in Sexual Identity.” The article opens up with a fictional, racist and misogynist puzzle that Lacan apparently cleaned up in his lectures.

In his text on logical time, Jacques Lacan provides a brilliant interpretation of the logical puzzle of three prisoners.What is not so well-known is that the original form of this puzzle comes from the 18th century French libertinage with its mixture of sex and cold logic (which culminates in Sade). In this sexualized version, the governor of a woman’s prison has decided that he will give an amnesty to one of the three prisoners; the winner will be decided by a test of her intelligence. The three women will be placed in a triangle around a large round table, each naked from the waist below and leaning forward on the table to enable penetration a tergo. Each woman will then be penetrated from behind by either a black or a white man, so she will be only able to see the color of the men who are penetrating the other two woman in front of her; all that she will know is that there are only five men available to the governor for this experiment, three white and two black. Given these constraints, the winner will be the woman who first can establish the color of skin of the man fucking her, pushing him away and leaving the room.

This somehow segues into a discussion of dialectics, Kierkegaard, movies about trans people, and Christianity.

Also in this issue of IJZS is “Identification and desire: Lacan and Althusser versus Deleuze and Guattari. A short note” by Cate Watson examines the question whether the formulation of desire in Lacan and Deleuze and Guattari can be held as “incommensurable.”  “Recycled food for thought: ‘Designing for sustainability’ as an ideological category” extends Zizek’s critique of environmentalism to sustainable design. The author, Duncan Reyburn, also analyzes contemporary disaster movies like “The Day After Tomorrow

“as part of a broader perspective on the environment.

For a full list of articles, check out the issue on IJZS here, which we’ve also reproduced below.