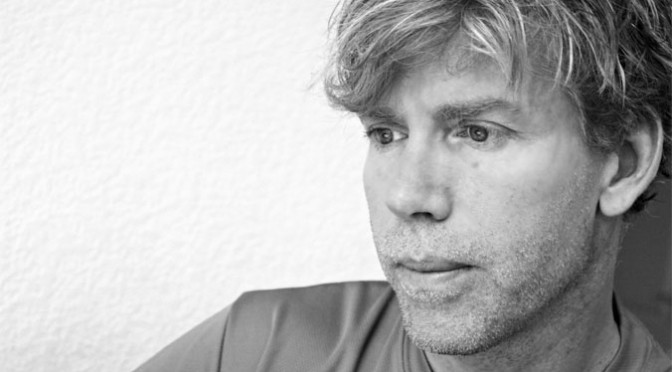 In an academic world overwhelmed by contract work, low pay and no benefits, many academics would give anything just to have a tenure-track job. After sleepless nights and over 6 years of being a tenure track professor, winning the highest teaching award at his college, and publishing several books, it seems strange to give up a steady job to start a graduate school from scratch.

But that’s exactly what Creston Davis, with the help of co-founder Jason Adams, has done. The Global Center for Advanced Studies (GCAS) is a new non-traditional graduate program that, according to Davis and Adams, hopes to revolutionize the educational process. The school, a non-profit,  is already garnering attention after signing on a laundry list of prominent theorists: Alain Badiou, Jasbir Puar, Slavoj Zizek, Avital Ronell, Simon Critchey and Jack Halberstram, to name a few.

Earlier this week, we sat down with Davis for an inside look at GCAS.

The first question was, of course, how a new institution could bring in so many big names in such little time. The answer: Davis and Adams have made a lot of important friends in their careers. Davis is a co-author and friend of Slavoj Zizek and he recently completed a book with Alain Badiou. Badiou, strangely enough, reportedly refers to Davis as his “Immortal Friend.” Adams was able to utilize his connections as the Managing Editor of Theory & Event.

“There was a need for left wing education that took seriously principles of justice and equality,” Davis said.

GCAS was an idea in Davis’ head for over a decade until finally coming to fruition late last year. Davis was an associate professor at Rollins climbing the tenure track, but abandoned that job to pursue his dream.

“I was not fulfilled,” Davis said. A serious illness and a brush with death finally convinced Davis that if he didn’t pursue his dream then, he never would. He resigned from his job at Rollins College in December, 2012 and withdrew his retirement funds to start GCAS in May 2013.

If you think the name “Global Center for Advanced Studies” sounds a bit grandiose, you might find sympathy from Davis himself who admitted the name can sound “pretentious.” But the aim of the name is far more grounded. Davis wants to advance the humanities, theory and critical philosophy in a way that was inclusive on a global scale. The original name was the “North American Graduate School,” but Davis didn’t want to be seen as a competitor to the European Graduate School.

But unlike the European Graduate School, GCAS is somewhat less structured at the moment. Whereas EGS requires students to ship off to Switzerland for intensive summer classes, GCAS students can seek their degree online or off. There are no semesters at GCAS – classes are offered on a rolling basis. They recently made the switch from Google Hangouts with professors to a platform also used by UC Berkeley.

More often than not, professors who are on sabbatical from their regular universities offer to teach a class for 4 weeks. A typical class “meets” once a week for two hours, and then 2 hours of small group hangouts where students further discuss the work. Attendance is mandatory for credit, which is more than I can say about my time in college.

GCAS does, however, face some major hurdles going forward. They are licensed by the state of Michigan to teach, though not accredited. That’s a serious concern for many, and probably a deal-breaker for more, but GCAS is actively trying to become accredited for its Master’s and Ph.D programs. The process, according to Davis, can take several years. He also noted future hopes to expand to undergraduate classes.

As such, GCAS is already adhering to many accreditation standards to make the application easier.  “In the meantime, we’d like to be partnering with institutions that have accreditation so that our students that are taking our classes can receive credit from their home institution,” Davis explains.

For European students however, GCAS is able to give accredited Master’s degrees through a partnership with the Institute of Social Sciences and Humanities. Those degrees – in Cultural Studies, Identity Studies and Policy Studies – unlike their US counterparts, are fully recognized and accredited by European Union standards. Davis also noted that GCAS is actively seeking similar partnerships in South Africa, England and Russia.

The lion’s share of GCAS students come from the United States, Canada and the United Kingdom but over 50% comes from over 20 other countries in Europe, Latin America, Asia and the Middle East.

Hopefully, students seeking accredited degrees won’t have to wait years for the standard accreditation process. Davis and Adams are actively trying to partner with top universities in the US to offer credit to GCAS students because, in addition to time, accreditation in America takes money, he lamented.

“If you’re wealthy, you can start your own school,” Davis said. “Which is why wealth keeps getting reproduced through education. It costs a lot of money to start a school, and then you want to make your money back, so it already hijacks what it means to be educated in America.”  Davis’ goal is to navigate through a “jungle of neoliberalism” while still achieving accreditation.

Of course, GCAS may easily look exceedingly similar to other online education programs which are increasingly used by university administrations to stiff professors and siphon money out of vulnerable students. When asked, Davis stressed that it wasn’t the professors that GCAS was at odds with. Rather,  it’s college administrators and Boards of Trustees that are getting rich off kids while student debt soars.

Davis made two arguments against the comparison. First, he seemed open to the idea of professors organizing in however manner they see fit.  Second, unlike the soul-crushing machine that is tenure-track teaching jobs, GCAS has no adjuncts, associates or teaching fellows.  An “adjunct professor” at any other institution would, at GCAS, be entitled to the same 50% of class tuition as their senior counterparts. It’s not exactly the world of health benefits and steady income that graduate students dream of, but seems drastically better than the world of underpaid fellowships and adjunct professorships many aspiring professors already endure.

Davis also wants to throw away many of the elements of the university that others see as progressive. Universities, Davis notes, “have to show their parents that when they drop their kid off who’s 18 years old that they’re going to be well taken care of, that they’re going to be safe.” Davis doesn’t wholly reject administrative functions, he also hopes to offer things like career services to students. But the idea that “you’re willing to pay $50,000 a year to ‘protect your child'” Davis ardently opposes. Still, Davis wanted to foster an “ethic of care” that didn’t devolve into a nanny state.

Davis is, if anything, a realist. Though he aspires to be a “revolutionary,” at times dropping theoretical terms like Hardt and Negri’s multitude, he also readily admits that certain factors, like money, produce outcomes that would have otherwise not occurred.

He and Adams are also constantly trying to improve the GCAS model. One model they are currently considering is open-access classes. Tuition, in that world, would be for students who wanted credits, to get feedback on papers, and be in constant contact with professors.

The first classes at GCAS started in December of 2013 because, as he frankly told me, he had run out of money and was facing homelessness. Despite this, Davis reports that he turned down a multi-million dollar deal from a group of investors who wanted to buy GCAS and turn it into a for-profit venture.

“They dangled millions of dollars in front of us,” Davis said. “I would have never done it,” he continued. “My heart couldn’t do it. It’s contra our mission.”

One of the common refrains against schools like GCAS is that while you get to study under some of the world’s best theorists, they largely remain inaccessible. After all, in the case of EGS and GCAS, most professors go back to their tenured positions at other institutions when class is over.  Davis hopes to overcome that with the social component of GCAS. While he doesn’t expect some of the bigger-named (and busier)  theorists to be hyper-accessible  with students year-round, he hopes that the format of GCAS will lend itself to a productive exchange between students and faculty.

“Even when you go to a university with top people – and that’s what I did, I went to Yale – even then you don’t get time with these people,” Davis said. “And when you do, you stood in their office and they’re looking to get rid of you as soon as possible. We don’t want to promise that these people are buddies, but at the time these people have agreed to be a part of what we’re doing, to give back”

Davis is currently looking forward to GCAS’ first annual summer institute. This year, it will be mostly online with one week held in Michigan, but Davis & Adams plan on holding an expanded version of it in Macedonia or Istanbul in 2015. That program, which features classes from (among others) Alain Badiou, costs $300 per course. Students of the Summer Institute can receive approximately half of the credits required for a Master’s degree there. The whole thing is somewhat bohemian, as the classes are held at Kendall College of Art and Design. But students are on their own for housing. Davis is actively trying to set up a co-op system where students can connect with others for housing, most likely crashing on someone’s couch.

GCAS’ seminal year seems a bit chaotic, but certainly promising. It’s refreshing to see a graduate education that isn’t predicated on taking out inordinate amounts of debt. Davis and Adams have some big ideas, and it will be exciting to see them follow through on their plans.