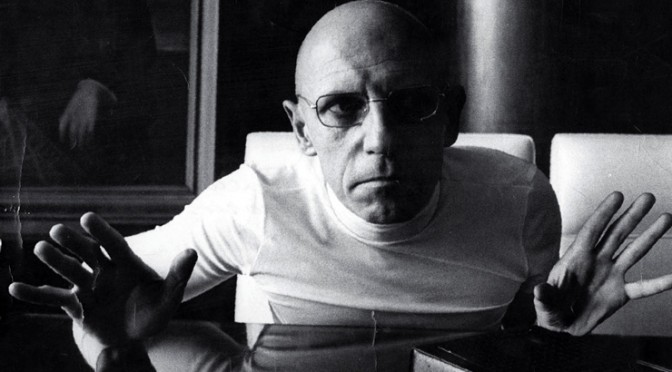 Many scholars attack critical theory as “obscurantist” and nonsensical after their brief forays into the field make them realize, “hey, reading is hard.” To be fair, plenty of critical theory is nonsensical bullshit, that despite being empirically invalidated, seems to cling on to dear life in the dark corners of academia. And as we’ve noted before, Noam Chomsky has called out Lacan for being entirely self-aware of his chicanery and also took a jab at Slavoj Zizek. Interestingly enough, Chomsky differentiates Foucault from these alleged charlatans.

Chomsky noted that Foucault, unlike his colleagues, was actually intelligible if you sat him down in conversation. Chomsky said:

I’ve met: Foucault (we even have a several-hour discussion, which is in print, and spent quite a few hours in very pleasant conversation, on real issues, and using language that was perfectly comprehensible — he speaking French, me English)…

I don’t particularly blame Foucault for it: it’s such a deeply rooted part of the corrupt intellectual culture of Paris that he fell into it pretty naturally, though to his credit, he distanced himself from it.

Now, as Open Culture notes, Foucault admitted to his friend John Searle that he intentionally complicated his writings to appease his French audience. Searle claims Foucault told him: “In France, you gotta have ten percent incomprehensible, otherwise people won’t think it’s deep–they won’t think you’re a profound thinker.” When Searle later asked Pierre Bourdieu if he thought this was true, Bourdieu insisted it was much worse than ten percent. You can listen to Searle’s full comments below.

Open Culture goes on to note that, in an interview with Reason Magazine, Searle think it’s unfair to lump Foucault in with other theorists such as Jacques Derrida.

With Derrida, you can hardly misread him, because he’s so obscure. Every time you say, “He says so and so,” he always says, “You misunderstood me.” But if you try to figure out the correct interpretation, then that’s not so easy. I once said this to Michel Foucault, who was more hostile to Derrida even than I am, and Foucault said that Derrida practiced the method of obscurantisme terroriste (terrorism of obscurantism). We were speaking French. And I said, “What the hell do you mean by that?” And he said, “He writes so obscurely you can’t tell what he’s saying, that’s the obscurantism part, and then when you criticize him, he can always say, ‘You didn’t understand me; you’re an idiot.’ That’s the terrorism part.” And I like that. So I wrote an article about Derrida. I asked Michel if it was OK if I quoted that passage, and he said yes.

Foucault was often lumped with Derrida. That’s very unfair to Foucault. He was a different caliber of thinker altogether.