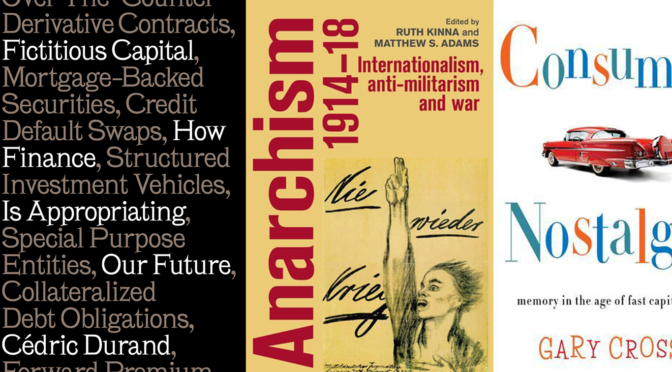 If you’re an author or a publisher with a forthcoming book, send us a line at [email protected] with the subject line “new book.” 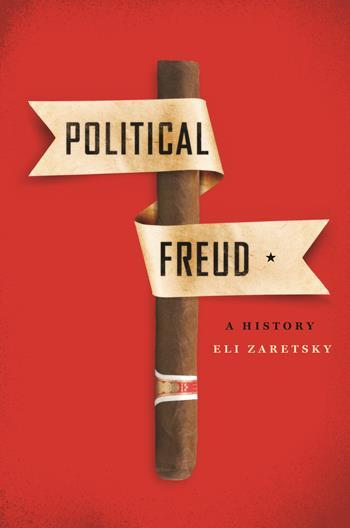 “In this masterful history, Eli Zaretsky reveals the power of Freudian thought to illuminate the great political conflicts of the twentieth century. Developing an original concept of “political Freudianism,” he shows how twentieth-century radicals, activists, and intellectuals used psychoanalytic ideas to probe consumer capitalism, racial violence, anti-Semitism, and patriarchy. He also underscores the continuing influence and critical potential of those ideas in the transformed landscape of the present. Zaretsky’s conception of political Freudianism unites the two overarching themes of the last century—totalitarianism and consumerism—in a single framework. He finds that theories of mass psychology and the unconscious were central to the study of fascism and the Holocaust; to African American radical thought, particularly the struggle to overcome the legacy of slavery; to the rebellions of the 1960s; and to the feminism and gay liberation movements of the 1970s. Nor did the influence of political Freud end when the era of Freud bashing began. Rather, Zaretsky proves that political Freudianism is alive today in cultural studies, the study of memory, theories of trauma, postcolonial thought, film, media and computer studies, evolutionary theory and even economics.” 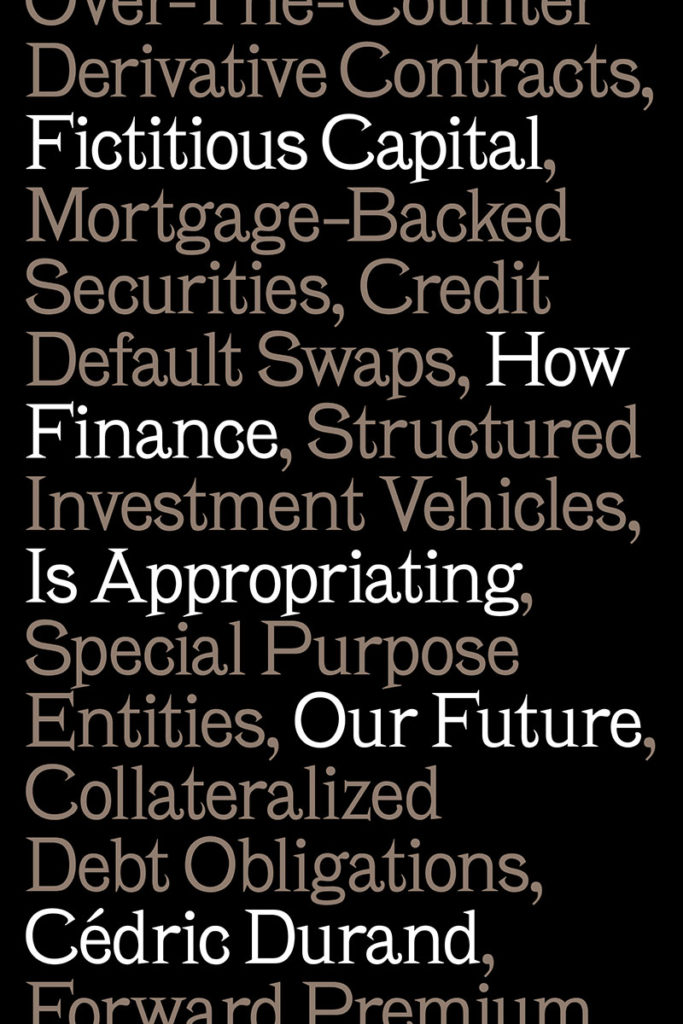 “The 2007–08 credit crisis and the long recession that followed brutally exposed the economic and social costs of financialization. Understanding what lay behind these events, the rise of “fictitious capital” and its opaque logic, is crucial to grasping the social and political conditions under which we live. Yet, for most people, the operations of the financial system remain shrouded in mystery.

In this lucid and compelling book, economist Cédric Durand offers a concise and critical introduction to the world of finance, unveiling the truth behind the credit crunch. Fictitious Capital moves beyond moralizing tales about greedy bankers, short-sighted experts and compromised regulators to look at the big picture. Using comparative data covering the last four decades, Durand examines the relationship between trends such as the rise in private and public debt and the proliferation of financial products; norms such as our habitual assumptions about the production of value and financial stability; and the relationship of all this to political power.

Fictitious Capital offers a stark warning about the direction that the international economy is taking. Durand argues that the accelerated expansion of financial operations is a sign of the declining power of the economies of the Global North. The City, Wall Street and other centres of the power of money, he suggests, may already be caked with the frosts of winter.” 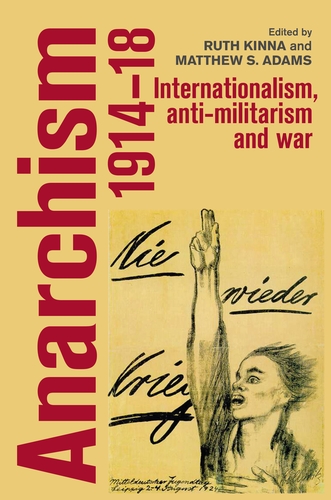 “Anarchism 1914-18 is the first systematic analysis of anarchist responses to the First World War. It examines the interventionist debate between Peter Kropotkin and Errico Malatesta which split the anarchist movement in 1914 and provides a historical and conceptual analysis of debates conducted in European and American movements about class, nationalism, internationalism, militarism, pacifism and cultural resistance. Contributions discuss the justness of war, non-violence and pacifism, anti-colonialism, pro-feminist perspectives on war and the potency of myths about the war and revolution for the reframing of radical politics in the 1920s and beyond. Divisions about the war and the experience of being caught on the wrong side of the Bolshevik Revolution encouraged anarchists to reaffirm their deeply-held rejection of vanguard socialism and develop new strategies that drew on a plethora of anti-war activities.” 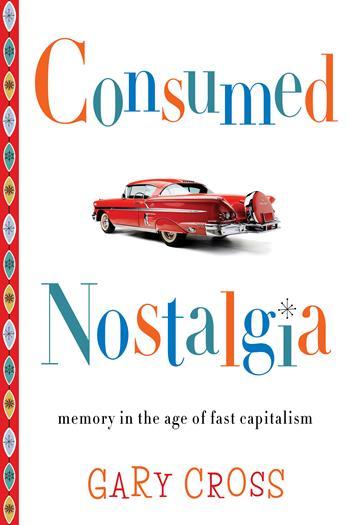 Nostalgia isn’t what it used to be. For many of us, modern memory is shaped less by a longing for the social customs and practices of the past or for family heirlooms handed down over generations and more by childhood encounters with ephemeral commercial goods and fleeting media moments in our age of fast capitalism. This phenomenon has given rise to communities of nostalgia whose members remain loyal to the toys, television, and music of their youth. They return to the theme parks and pastimes of their upbringing, hoping to reclaim that feeling of childhood wonder or teenage freedom.

“Consumed nostalgia took definite shape in the 1970s, spurred by an increase in the turnover of consumer goods, the commercialization of childhood, and the skillful marketing of nostalgia. Gary Cross immerses readers in this fascinating and often delightful history, unpacking the cultural dynamics that turn pop tunes into oldies and childhood toys into valuable commodities. He compares the limited appeal of heritage sites such as Colonial Williamsburg to the perpetually attractive power of a Disney theme park and reveals how consumed nostalgia shapes how we cope with accelerating change.

Today nostalgia can be owned, collected, and easily accessed, making it less elusive and often more fun than in the past, but its commercialization has sometimes limited memory and complicated the positive goals of recollection. By unmasking the fascinating, idiosyncratic character of modern nostalgia, Cross helps us better understand the rituals of recall in an age of fast capitalism.” 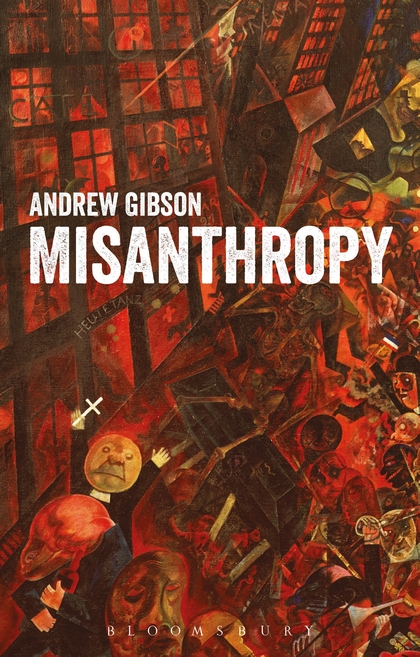 “This book is the first major study of the theme of misanthropy, its history, arguments both for and against it, and its significance for us today. Misanthropy is not strictly a philosophy. It is an inconsistent thought, and so has often been mocked. But from Timon of Athens to Motörhead it has had a very long life, vast historical purchase and is seemingly indomitable and unignorable. Human beings have always nursed a profound distrust of who and what they are. This book does not seek to rationalize that distrust, but asks how far misanthropy might have a reason on its side, if a confused reason.There are obvious arguments against misanthropy. It is often born of a hatred of physical being. It can be historically explained. It particularly appears in undemocratic cultures. But what of the misanthropy of terminally defeated and disempowered peoples? Or born of progressivisms? Or the misanthropy that quarrels with specious or easy positivities (from Pelagius to Leibniz to the corporate cheer of contemporary `total capital`)? From the Greek Cynics to Roman satire, St Augustine to Jacobean drama, the misanthropy of the French Ancien Regime to Swift, Smollett and Johnson, Hobbes, Schopenhauer and Rousseau, from the Irish and American misanthropic traditions to modern women`s misanthropy, the book explores such questions. It ends with a debate about contemporary culture that ranges from the `dark radicalisms`, queer misanthropy, posthumanism and eco-misanthropy to Houellebecq, punk rock and gangsta rap.”
Buy it here.