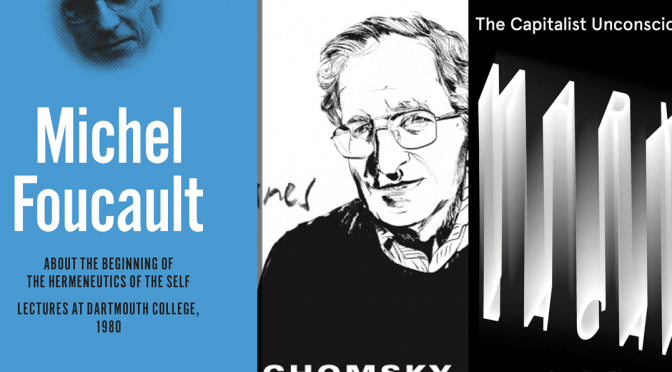 About the Beginning of Hermeneutics 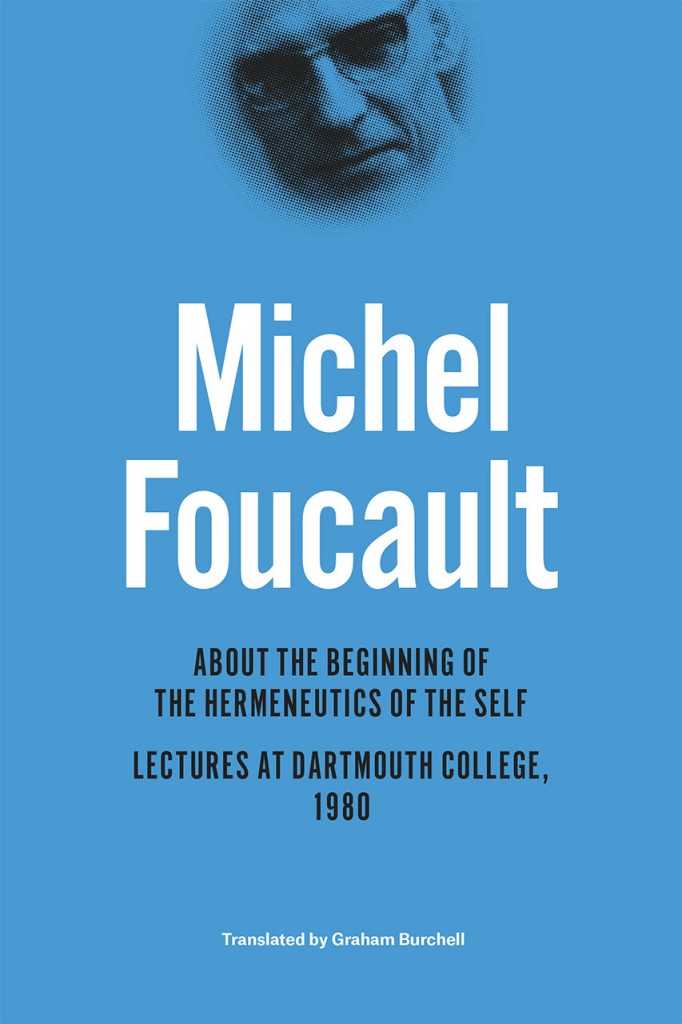 “In 1980, Michel Foucault began a vast project of research on the relationship between subjectivity and truth, an examination of conscience, confession, and truth-telling that would become a crucial feature of his life-long work on the relationship between knowledge, power, and the self. The lectures published here offer one of the clearest pathways into this project, contrasting Greco-Roman techniques of the self with those of early Christian monastic culture in order to uncover, in the latter, the historical origin of many of the features that still characterize the modern subject. They are accompanied by a public discussion and debate as well as by an interview with Michael Bess, all of which took place at the University of California, Berkeley, where Foucault delivered an earlier and slightly different version of these lectures.”

“Georges Bataille wrote On Nietzsche in the final months of the Nazi occupation of France in order to cleanse the German philosopher of the “stain of Nazism.” More than merely a treatise on Nietzsche, the book is as much a work of ethics in which thought is put to the test of experience and experience pushed to its limits. At once personal and political, it was written as an act of war, its publication contingent upon the German retreat. The result is a poetic and philosophical—and occasionally harrowing—record of life during wartime.

Following Inner Experience and Guilty, On Nietzsche is the third volume of Bataille’s Summa Atheologica. Haunted by the recognition that “existence cannot be at once autonomous and viable,” herein the author yearns for community from the depths of personal isolation and transforms Nietzsche’s will to power into his own will to chance.

This new translation includes Memorandum, a selection of 280 passages from Nietzsche’s works edited and introduced by Bataille. Originally published separately, Bataille planned to include the text in future editions of On Nietzsche. This edition also features the full notes and annotations from the French edition of Bataille’s Oeuvres Complètes, as well as an incisive introductory essay by Stuart Kendall that situates the work historically, biographically, and philosophically.” 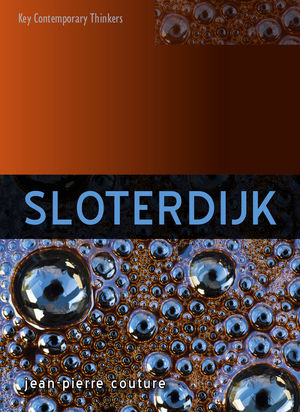 “This is the first English-language introduction to Peter Sloterdijk, the distinguished German philosopher and controversial public intellectual.

Sloterdijk, in the tradition of Nietzsche and Heine, is an iconoclast who uses humour and biting critique to challenge many of modernity s sacred thinkers, from Kant to Heidegger, in the process radically reinterpreting the canon of Western philosophy. In this unique textbook, leading Sloterdijk expert Jean-Pierre Couture explains in accessible language Sloterdijk s exceptional contribution, breaking his thought down into five key approaches: psychopolitics, anthropotechnics, spherology, controversy, and therapeutics. Sloterdijk s frequent public controversies, with supporters of Habermas and the Frankfurt school in particular, are assessed and their significance for current philosophical debates explained.

This fascinating book will be an essential companion for those interested in the hybrid aesthetics of thought situated at the crossroads of art and philosophy. Its up-to-date analyses of Sloterdijk s recently translated corpus will make it essential reading for all students and scholars of modern European thought.” 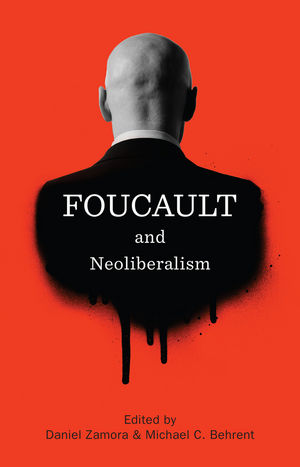 “Michel Foucault’s death in 1984 coincided with the fading away of the hopes for social transformation that characterized the postwar period. In the decades following his death, neoliberalism has triumphed and attacks on social rights have become increasingly bold. If Foucault was not a direct witness of these years, his work on neoliberalism is nonetheless prescient: the question of liberalism occupies an important place in his last works. Since his death, Foucault’s conceptual apparatus has acquired a central, even dominant position for a substantial segment of the world’s intellectual left.

However, as the contributions to this volume demonstrate, Foucault’s attitude towards neoliberalism was at least equivocal. Far from leading an intellectual struggle against free market orthodoxy, Foucault seems in many ways to endorse it. How is one to understand his radical critique of the welfare state, understood as an instrument of biopower? Or his support for the pandering anti-Marxism of the so-called “new philosophers.”  Is it possible that Foucault was seduced by neoliberalism?

This question is not merely of biographical interest: it forces us to confront more generally the mutations of the left since May 1968, the disillusionment of the years that followed and the profound transformations in the French intellectual field over the past thirty years. To understand the 1980s and the neoliberal triumph is to explore the most ambiguous corners of the intellectual left through one of its most important figures.”

The Capitalist Unconscious: Marx and Lacan 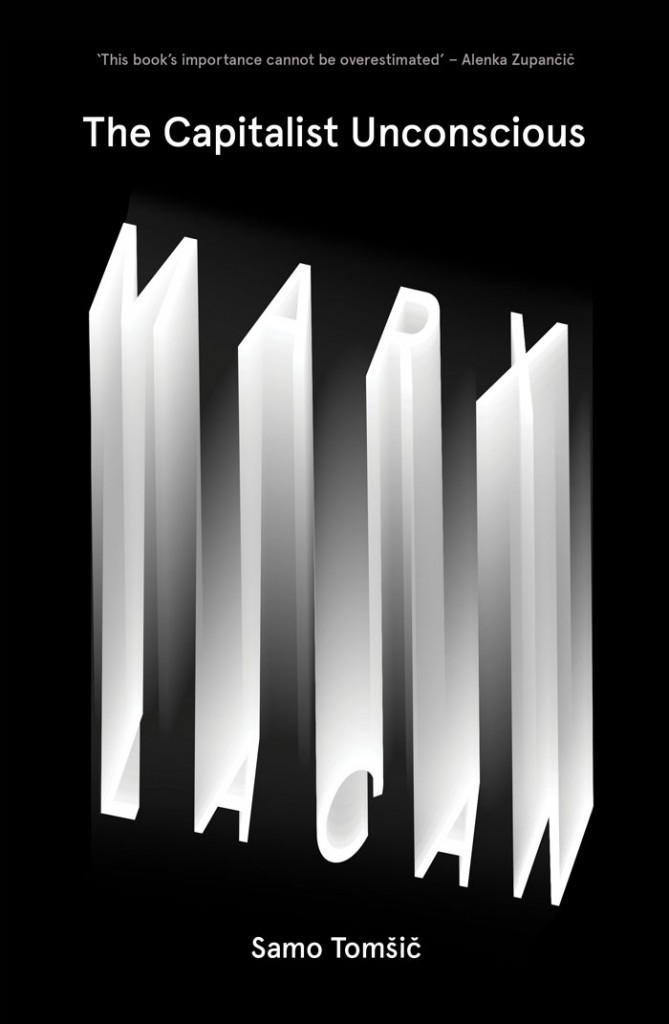 “Despite a resurgence of interest in Lacanian psychoanalysis, particularly in terms of the light it casts on capitalist ideology—as witnessed by the work of Slavoj Žižek—there remain remarkably few systematic accounts of the role of Marx in Lacan’s work.

A major, comprehensive study of the connection between their work, The Capitalist Unconscious resituates Marx in the broader context of Lacan’s teaching and insists on the capacity of psychoanalysis to reaffirm dialectical and materialist thought. Lacan’s unorthodox reading of Marx refigured such crucial concepts as alienation, jouissance and the Freudian ‘labour theory of the unconscious’. Tracing these developments, Tomšič maintains that psychoanalysis, structuralism and the critique of political economy participate in the same movement of thought; his book shows how to follow this movement through to some of its most important conclusions.”

Enjoying It: Candy Crush and Capitalism 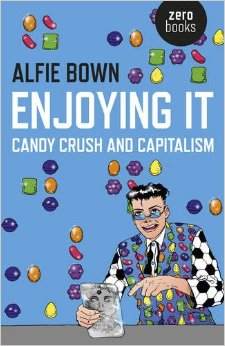 “Using a range of ‘case studies’ from Critical Theory to Candy Crush, ‘Gangnam Style’ to Game of Thrones and Football Manager to Hieronymus Bosch, this book argues that we need to rethink our enjoyment. Inspired by psychoanalysis, the book offers a new way of thinking about how we talk about what we enjoy and how we enjoy what we talk about.”

Buy it here or read the review.

What Kind of Creatures Are We 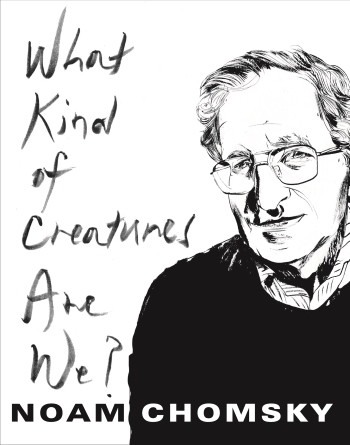 “Noam Chomsky is widely known and deeply admired for being the founder of modern linguistics, one of the founders of the field of cognitive science, and perhaps the most avidly read political theorist and commentator of our time. In these lectures, he presents a lifetime of philosophical reflection on all three of these areas of research to which he has contributed for over half a century.

In clear, precise, and non-technical language, Chomsky elaborates on fifty years of scientific development in the study of language, sketching how his own work has implications for the origins of language, the close relations that language bears to thought, and its eventual biological basis. He expounds and criticizes many alternative theories, such as those that emphasize the social, the communicative, and the referential aspects of language. Chomsky reviews how new discoveries about language overcome what seemed to be highly problematic assumptions in the past. He also investigates the apparent scope and limits of human cognitive capacities and what the human mind can seriously investigate, in the light of history of science and philosophical reflection and current understanding. Moving from language and mind to society and politics, he concludes with a searching exploration and philosophical defense of a position he describes as “libertarian socialism,” tracing its links to anarchism and the ideas of John Dewey, and even briefly to the ideas of Marx and Mill, demonstrating its conceptual growth out of our historical past and urgent relation to matters of the present.”

“In The Man Problem, Ross Honeywill posits that the potential for evil in all men is the social, political, and economic problem of our age. Drawing on the work of social critics and theorists including Zygmunt Bauman, Karl Marx, Hannah Arendt, Simone de Beauvoir, Jean Baudrillard, Slavoj Žižek, and others, the book traces destructive masculinity through cultural texts, social systems, and everyday life practices. Using the lens of social theory, social philosophy, feminist cultural studies, and sociology, The Man Problem explores the legacy of the Enlightenment as a context for a social world constructed by men (in modernity), deconstructed (in postmodernity) and reconstructed (in the liquid present). This book investigates the outlines of the patriarchy and why the men who legitimate it behave the way they do. Despite the troubled and troubling legacy of masculinity, Honeywill reveals an alternative path forward.”

The Digital Coloniality of Power 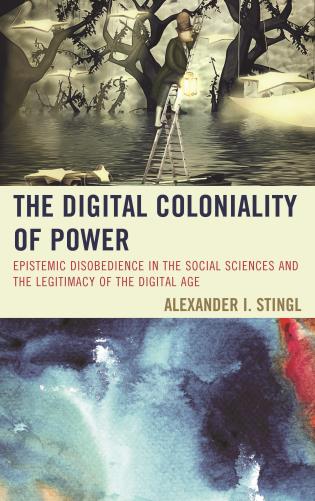 “Trouble is afoot in Digital Culture and Nerdland. These are, Alexander I. Stingl claims, not the engine of freedom and democracy that they once were hailed to be – this much is already clear in the wake of the snooping and surveillance crises that broke in recent years. Digitalization is but another version of the coloniality of power and being that has been at work for decades and centuries. He poses the question, whether Digital Age possess the legitimacy that ‘digitalization’ has claimed. His response is critically realistic, but he doesn’t stop at a critique for criticism’s sake. Inspired by the ideas of decolonial scholars, feminist science studies, current biological and neuro-cognitive research, and sociologists capable of reflection and self-criticism, Stingl attempts to ‘break’ the canvas of sociology and show that adding a third and decolonial dimension to the two-dimensional sociological imagination is indeed possible. He illustrates that it is possible that class-rooms, free speech on internet, and the inequalities in the production and distribution of a new form of social capital – digital cultural health care capital – can be subjected to a decolonial perspective along a sociological line of inquiry, if sociologists allow for relations with other disciplines and scholarship to be integrative conversations. The goal of this book is not to offer results or closed arguments but to create, instead, platforms for thinking further, opening new lines of inquiry, and to argue that it is not enough to identify problems or to attempt solve the problems with politics or best practice solutions. Instead, he proposes, we must learn to identify and make use of the opportunities that are produced by any problem.”

The Biopolitics of Lifestyle: Foucault, Ethics and Healthy Choices 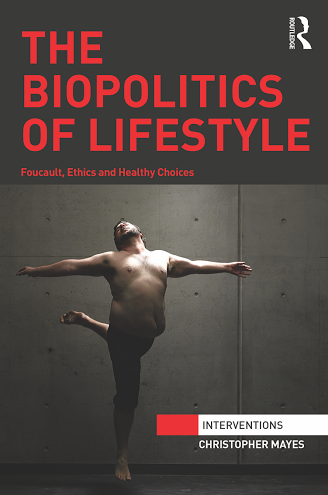 “The rationale for this book follows Michel Foucault’s approach of problematization, addressing the way lifestyle is problematized as a biopolitical domain in neoliberal societies. Mayes argues that in response to the threat of obesity, lifestyle has emerged as a network of disparate knowledges, relations and practices through which individuals are governed toward the security of the population’s health. Although a central focus is government health campaigns, this volume demonstrates that the network of lifestyle emanates from a variety of overlapping domains and disciplines, including public health, clinical medicine, media, entertainment, school programs, advertising, sociology and ethics.

This book offers a timely critique of the continued interventions into the lives of individuals and communities by government agencies, private industries, medical and non-medical experts in the name of health and population security and will be of interests to students and scholars of critical international relations theory, health and bioethics and governmentality studies.”