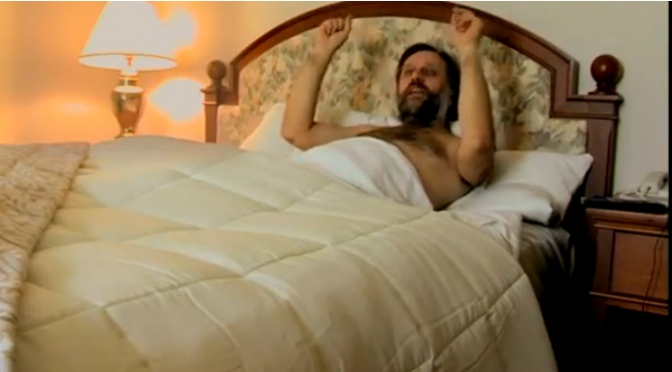 Slavoj Zizek has been on an interview rampage recently  due to the release of his documentary “The Pervert’s Guide to Ideology.” He’s declared that most of the idiots he knows are academics and expressed his distaste for life to Vice. Now, in an interview given to the Financial Times, he explains what his coat of arms would look like, and goes on to express his fancy for luxury hotel suites.

How do you call that sign when you stick your finger up? Giving the bird. And maybe some communist symbols, a hammer and sickle. But in the middle, a big finger sticking up.

Read the full interview at The Financial Times.