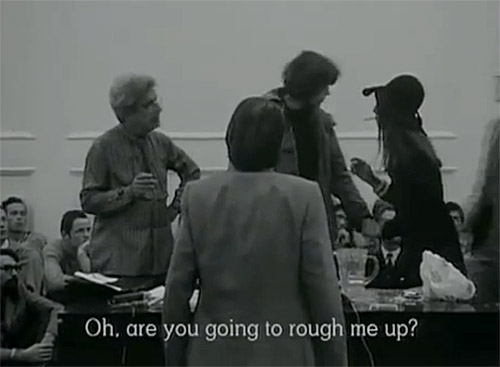 On October 13, 1972, the charismatic and controversial French theorist and psychoanalyst Jacques Lacan is giving a lecture at the Catholic University of Louvain, Belgium, when a young man with long hair and a chip on his shoulder walks up to the front of the lecture hall and begins making trouble. He spills water and what appears to be flour all over Lacan’s lecture notes and then stammers his way into a strange speech that sounds as if it were taken straight out of Guy Debord’s The Society of the Spectacle: