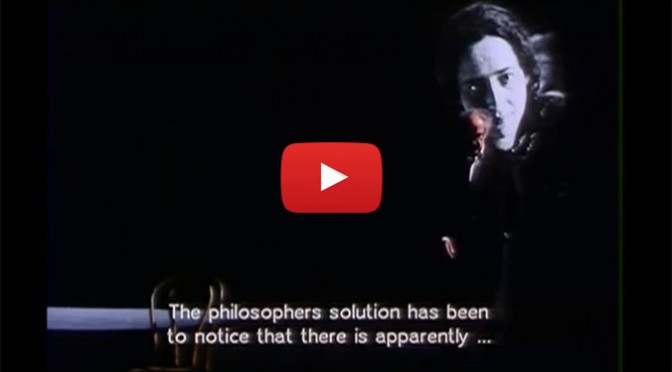 In this video, new wave French filmmaker Jean-Luc Godard narrates an excerpt from Hannah Arendt’ essay “On the Nature of Totalitarianism: An Essay in Understanding.”

The clip is from the 1997 French film “We’re Still Here” that features two housewives in an “updated” Socratic dialogue, while Godard prepares for a play by reading the work of Arendt.

While this excerpt may seem to veer away from the topic of totalitarianism, it discusses many of the overall themes that Arendt claims set the stage for totalitaranism in “On the Origins of Totalitarianism” such as including alienation and isolation.

“The fundamental deprivation of human rights,” she wrote, is happens first “in the deprivation of a place in the world which makes opinions significant and actions effective.”