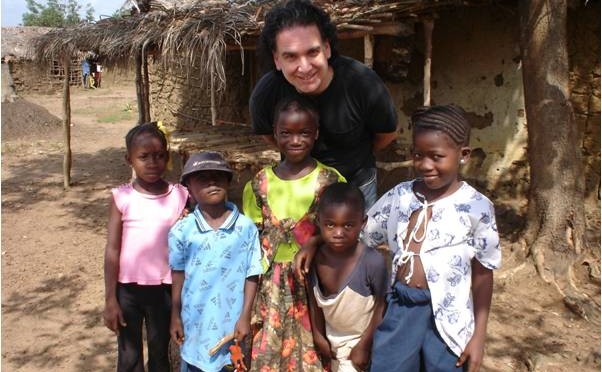 It’s not every day that the son of a billionaire philanthropist accuses his father of perpetuating the same systems of oppression he seeks to fight. But that’s just what Peter Buffett, son of Warren Buffett, argued in a recent op-ed on the New York Times. Buffett criticizes “philanthropic colonialism,” where rich (very likely white) do-gooders get involved with issues they understand very little about. Buffett, in a moment of shocking honesty,  openly indicts himself as co-chair of a charity, the Novo Foundation, which was bequeathed to him by his father.

It’s a story that many critical theorists, especially Muslim feminists, are acquainted with.

But Buffett shifts his attention away from “philanthropic colonialism” towards what he calls “conscience laundering,” wherein the wealthy get to feel good for “solving” the problems that they caused in the first place.

As more lives and communities are destroyed by the system that creates vast amounts of wealth for the few, the more heroic it sounds to “give back.” It’s what I would call “conscience laundering” — feeling better about accumulating more than any one person could possibly need to live on by sprinkling a little around as an act of charity.

But this just keeps the existing structure of inequality in place. The rich sleep better at night, while others get just enough to keep the pot from boiling over. Nearly every time someone feels better by doing good, on the other side of the world (or street), someone else is further locked into a system that will not allow the true flourishing of his or her nature or the opportunity to live a joyful and fulfilled life.

The argument is nearly identical to that of many Marxists including, but not limited to, Slavoj Zizek. Zizek argues that figures like George Soros and Buffett are, in essence, stealing everybody’s money in the morning only to hand back half of it at night.

But wait, is Buffet calling for the end of capitalism?

Unfortunately no, or at best he’s too afraid to admit it.  Buffet notes, “I’m really not calling for an end to capitalism; I’m calling for humanism.” What does that mean?

We’re not really sure, because at this point Buffet resorts to catchy soundbites like: “It’s time for a new operating system. Not a 2.0 or a 3.0, but something built from the ground up. New code.”  And “It’s an old story; we really need a new one.”

[Via The New York Times]