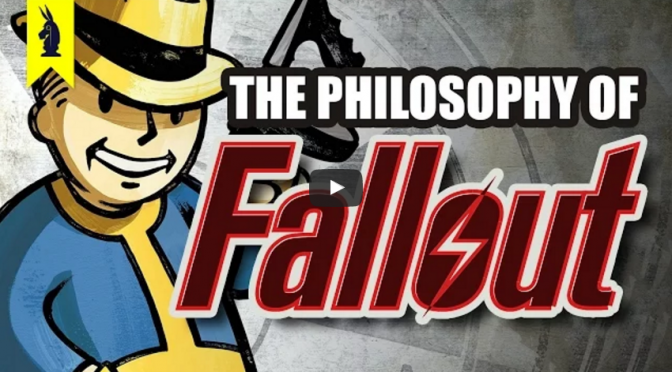 In this video by Wisecrack (creators of 8-Bit Philosophy),  the Fallout series is used to explore the work of Herbert Marcuse, including one-dimensional thought and enslaving contentment.  The video goes on to explore the philosophy of technology and international relations.