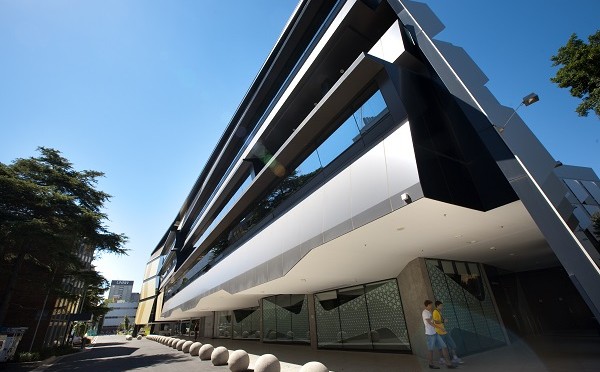 University of New South Wales Law School is now accepting submissions for their August 2014 symposium on “The Politics of Legality in a Neo-liberal Age.” The deadline for submissions in March 28.

This symposium will examine the nexus between the political dominance of liberal legal ideas and the economic dominance of neo-liberal capitalism.

According to classical liberal theory the state is legitimate to the extent that it respects legality.  The idea that the state should respect individual rights and the rule of law continues to have considerable purchase on our political discourse: the language of human rights is used by NGOs to criticise state violence, and by the same states to justify the violence of military interventions; those concerned with the legal response to terrorism often invoke the rule of law to criticise the expansion of powers for the executive branch of government; while the very same executive pays meticulous attention to justifying actions such as torture in legal terms.  Indeed, law is so central to the contemporary political imagination that the theorist Norberto Bobbio has dubbed our time the ‘age of rights’.  Economically, however, the age in which we live is that of neo-liberal capitalism.  The critique of the regulatory state and the advocacy of the ‘free market’ developed by neo-liberal thinkers such as Frederich Hayek, Milton Friedman, and Ludwig von Mises have had a serious impact on practices of government over the last 30 years.  Indeed, it has been argued that neo-liberalism has played a major role in the concentration of economic power in this time, profoundly influencing the policies that have shaped the course of economic globalisation; those that led to Global Financial Crisis of 2008; and the politics of austerity that has characterised the state response to this crisis in the US and the EU.

Neo-liberalism is not, however, simply an economic theory but a political philosophy that has legality at its core, defining itself against the regulatory state for violating individual liberty and advocating private property rights and a certain vision of the rule of law as crucial to the functioning of capitalist economies.  The rule of law has also been central to the processes of neo-liberal globalisation with ‘rule of law promotion’ playing a crucial role in developing markets in the global South.  And, while human rights are often used as tools for political critique and resistance, the historian Samuel Moyn has illustrated that the language of human rights has colonised political discourse since the late 1970s.  This is the very same period in which neo-liberalism has restructured the relationship between economy and society and state, raising the question of whether there is a relationship between these two phenomena.

An understanding of the contemporary political conjuncture, and the possibilities for its transformation, demands an analysis of the relationship between liberal legality and the current hegemony of neo-liberal capitalism. This symposium will address this conjuncture through papers which engage, among a range of other possibilities, the following themes and topics:

–          What is neo-liberalism (a radical economic theory, a political philosophy, a governmental practice, a theory of the enterprising subject, a mutation in the history of liberalism)? How can we best understand and historicize the concept, and what set of theoretical analyses best sheds light on its contemporary operations?

–          What transformations has the neo-liberal era wrought to the state, its function, its operation, its ideological mode of presentation and legitimation?

–          What role specifically do law and legal ideas perform in undergirding and reinforcing neo-liberalism as a political and economic project?

–          What is the relationship between the critique of totalitarianism and the ideological defence of neo-liberalism? How can we think differently about the relation between state repression and the neo-liberal economic project?

–          How does the discourse surrounding the ‘rule of law’ and its promotion, especially in the global South, reinforce neo-liberalism? How might the rule of law, or aspects of the rule of law tradition, interrupt or restrain neo-liberal capitalism?

–          What is the relation between the discourse of human rights and neo-liberalism – historically, conceptually, and politically? How do human rights actors and institutions recreate (or oppose) neo-liberal hegemony?

–          What critical or emancipatory purchase, if any, do traditional liberal legal ideas (such as accountability, the separation of the political and the economic, the restraint of arbitrary power) still have in a neo-liberal context?

–          What relevance do the classic critiques of these liberal legal ideas (of legal objectivity and neutrality, of formalism, and of the commodity form in particular, etc.) have to our neo-liberal present? Do they perform the same work? What work might they do? How might we reframe or update them to take account of changed political-economic circumstances?

–          What prospects are there for legal resistance to contemporary forms of neo-liberalism? What might a strategic left response to neo-liberalism look like – a defence of the protections of the welfare state, or the creation of something new?

The symposium will take place over 2 days at the University of New South Wales Law School, Sydney, Australia on 1 and 2 August 2014. We invite paper proposals on any of the above, or related, themes. If you wish to discuss your proposed paper with the convenors in advance please email either Dr Ben Golder ([email protected]) or Dr Daniel McLoughlin ([email protected]).

Procedure: Please email a 300 word abstract, 75 word bio and your institutional affiliation (if appropriate) to [email protected] by 28 March with the email subject line: ‘Neo-liberalism and law symposium’. We regret that only a limited number of papers can be selected for this symposium.

Publication Plans: Whilst we do not require full length papers in advance of the symposium, the aim of our meeting is to work towards the publication of selected papers in an edited volume. Initial negotiations with interested publishers are already underway.