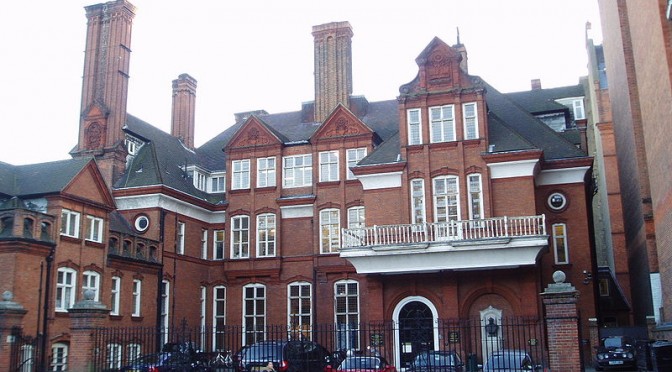 The Royal Geographic Society, which will be holding its annual conference in London in August, is now accepting submissions for its session on “Postcolonial Geographies, Political Ontology, and Posthumanism.” The deadline for submissions is February 14.
Read the call for papers below, via JISCMail.

2nd Call for Papers: Royal Geographical Society with IBG Annual Conference, London, 27-29 August 2014.
Session convenor: Mark Jackson (U of Bristol)
Much recent debate within, but mostly beyond, geography has focused on the future of postcolonial studies and postcolonial theory: how to advance it, whether it is relevant, or, indeed, whether anything of it remains viable. Within the recent debates, one interesting question has emerged as important: how can postcolonialism remain vital and responsive to burgeoning colonial legacies, and, at the same, account for, and theorize, non-human ethical and political imperatives? Some claim it’s a particular difficulty for postcolonial studies and, perhaps, an incommensurable dilemma for progressive politics in the Anthropocene (Chakrabarty, 2012). Others advocate an aesthetic and/or ‘planetary’ politics of the aporia (Jazeel, 2013; Spivak, 2012; Wainwright, 2013). Still others say postcolonialism simply needs to be more committed to the textual, and hence historically materialist, basis of its political critique (Lazarus, 2011).
But these arguments are also set against an increasingly shifting theoretical domain within the humanities and social sciences, no more so than in geography. Political ontology,posthumanism, new materialism, multinaturalism, postconstructivism, transcorporeality, more-than-human concerns, object oriented approaches, cosmopolitics, assemblages, process, and agencement, nature/cultures, etc., etc. are all shaping the discipline in interesting and increasingly influential ways. In so doing, these shifts are also asking important questions of postcolonial orthodoxy.
This conference session seeks contributions that explore the relationships between these often divergent and sometimes mutually skeptical domains. Is postcolonialism commensurable with political ontology? How? Can we create productive bridges between the widely embraced ‘material’ or ‘relational’ turns and the, perhaps, traditional textualisms of postcolonial studies? Can political ontology liberate postcolonial politics from, what Latour terms, the perpetual navel gazing of an aporetic ethics? Or, is the posthuman only approachable as impossibility and through the aesthetic? Do postcolonial geographies need to entertain relational approaches? If they do, how do they risk categories of political commitment? How do postcolonial assumptions of the political need to change with relational approaches? Or do they? What is posthumanism risking by neglecting the many elective affinities with postcolonialism?
The session seeks papers addressing these and other questions. Areas of focus could include, but are no means limited to:
Postcolonialism and nature/cultures
Planetarity and posthumanism
Materiality and postcolonial geographies
Indigeneity, postcolonial geographies, and posthumanism
Postcolonial aesthetics and political ontology
Affect and postcolonial geographies
Experimentalism and postcolonial politics
Postcolonial sociality and posthumanism
Please send paper titles, an abstract of 200-300 words, and contact details to Mark Jackson by 14 February 2014.
Refs: Chakrabarty, D. 2012. ‘Postcolonial Studies and the Challenge of Climate Change’ New Literary History 43:1, 1-18; Jazeel, T. 2013. Sacred Modernity (Liverpool University Press); Lazarus, N. 2011. The Postcolonial Unconscious (Cambridge University Press); Spivak, G.C. 2012. An Aesthetic Education in the Era of Globalization (Harvard University Press); Wainwright, J. 2013. Geopiracy (Palgrave).
Dr. Mark Jackson
School of Geographical Sciences
University Road
University of Bristol
Bristol, BS8 1SS
01179289109
http://bristol.academia.edu/MarkJackson
http://www.researchgate.net/profile/Mark_Jackson8
http://uobatlases.net/