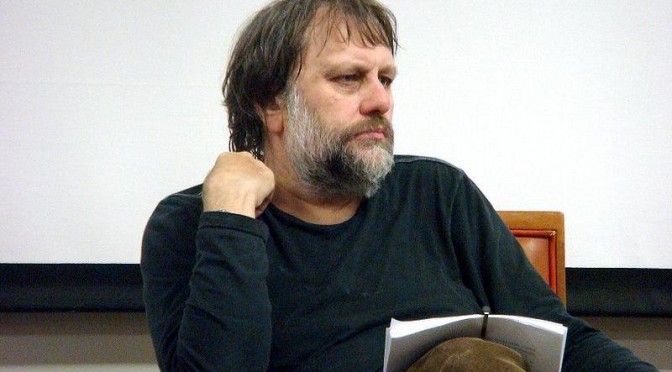 Slavoj Zizek, Slovenian critical theorists extraordinaire, has drawn the ire of academics after a blogger alleged that he had plagiarized from a white supremacist magazine.

It all started when Steve Sailer was intrigued by a particularly lucid portion of a 2006 article entitled “A Plea for a Return Différance (with a Minor Pro Domo Sua).” Soon after, this blog posted a side-by-side of the Slavoj Zizek excerpt in question next to a book review by Stanley Hornbeck.

Of course, that raises the question: Why is Zizek reading the American Renaissance?

One Redditor hilariously asked if Hornbeck and Zizek were the same person, as the former is a psuedonym.

Defenders of Zizek have cited his prolific output as a possible cause for this careless mistake. Others have suggested that when two sources paraphrase the same book, it becomes likely that two authors can accidentally generate the same content.

It wouldn’t be the first time Zizek has had to apologize for sloppy citations. During their now-famous feud, Chomsky noted that Zizek has mis-attributed a racist quote to him. Zizek, in turn, admitted the mistake and apologized.

Newsweek contacted the editor of Critical Inquiry, the journal in which Zizek published his review.

When Newsweek contacted Critical Inquiry, James Williams, its senior managing editor, agreed that Žižek “absolutely” borrowed from Hornbeck’s review. “We’re very sorry it happened,” he said. “If we had known Žižek was plagiarizing, we would have certainly asked him to remove the illegal passages.”

Update: Zizek has responded to the allegations. You can read his response here.