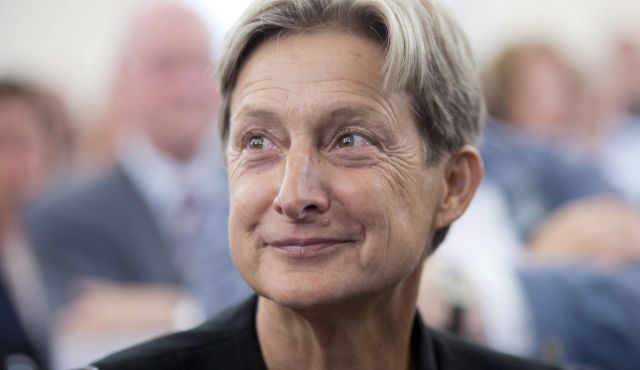 In a recent interview at OpenDemocracy.net, Judith Butler opens up about her thoughts on Israel and her book released last year, Parting Ways

Judith Butler has been drawing the ire of the certain sects of the Jewish community for a while now. She is a vocal proponent of the Boycotts, Divestment, Sanction (BDS) strategy against Israeli occupation and pro-Israel NYC politicians had a shit-fit when when shewas set to speak at Brooklyn College earlier this year. Members of NYC’s City Council even suggested pulling Brooklyn College’s funding should they proceed with the talk. It’s not every day I agree with Mayor Bloomberg, who for all intents and purposes is a raging fascist, but a glimmer  of respect emerged when, in response to the City Council threats, he remarked:

If you want to go to a university where the government decides what kind of subjects are fit for discussion, I suggest you apply to a school in North Korea.

In her interview at openDemocracy, Butler talks about what it means to be “anti-Zionist” (it’s more of an anti- this Zionism) and her status as a Jew being accused of anti-Semitism.

Very often, if you just get the question: “Well, are you a Zionist?” if you say no, it’s assumed that you want the destruction of the state of Israel and that you’re involved in some actual or potential violent attack. But actually, you could say: “Not on this basis”.

I was born a Zionist, because I didn’t have a choice about that. It was the ether of my family life, but I certainly broke with it as I asked more questions about it. And that doesn’t mean I want to see the destruction of a people, it means I want to see a state structure that might embody more substantially the basic principles of democracy.

She continues to talk about her idea of cohabitation in Israel and Palestine, and the figure of the refugee:

But the idea of an absolute segregation is one that I find lamentable. And similarly, if you look at some of the language in the basic writings of Hamas, there is that famous call to push the Israelis into the sea. Now, I would say that most Palestinian politicians on the ground say, of course that’s not what we want, and even within Hamas there is some published debate about that claim, but until the claim is removed, it’s still noxious.

So I’m trying to think of what happens if we take expulsion off the table foreveryone, and instead think about the rights of those who have been expelled already, which would include the various rights of refugees who came to Israel in the aftermath of WWII, but also those from other countries, and what rights the Palestinians have who have been dispossessed of their lands and homes.

We need a legal and political understanding of the right of the refugee, whereby no solution for one group produces a new class of refugees – you can’t solve a refugee problem by producing a new, potentially greater refugee problem. As long as that is understood as a basic rule, which strikes me as logical and clear, then that would be a starting point for thinking about cohabitation.

Read the full interview at openDemocracy.