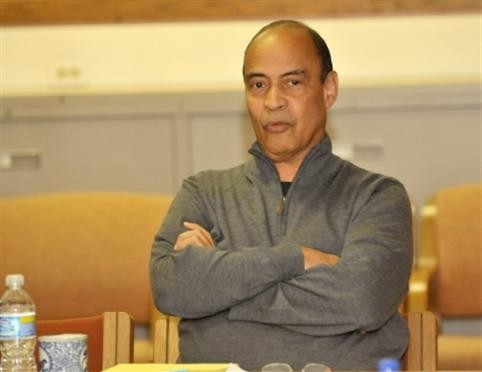 A new article by Adolph Reed Jr. has appeared in this month’s issue of New Labor Forum titled Marx, Race, and Neoliberalism. Reed, who is a professor of politics at University of Pennsylvania focuses heavily on issues of race and class. The article is open-access (free).

The article looks at the emergence of racial sciences in postbellum America to justify class domination. Reed goes on to argue that a Marxist analysis is more productive to look at racism than discussions of whiteness that view race as a category that stands on it’s own.

After defeat of the Confederate insurrection led to slavery’s abolition, race as white supremacy evolved in the South as an element in the struggle over what freedom was to mean and how it would be harmonized with the plantocracy’s desired labor system and the social order required to maintain it. That struggle culminated in the planter-dominated ruling class’s victory, which was consolidated in racialized disfranchisement and imposition of the codified white supremacist regime of racial segregation.

In the latter half of the nineteenth century, the West Coast fights over importation of Chinese labor and Japanese immigration also condensed around racialist ideologies. Railroad operators and other importers of Chinese labor imagined that Chinese workers’ distinctive racial characteristics made them more tractable and capable of living on less than white Americans; opponents argued that those very racial characteristics would degrade American labor and that Chinese were racially “unassimilable.” Postbellum southern planters imported Chinese to the Mississippi Delta to compete with black sharecroppers out of the same racialist presumptions of greater tractability, as did later importers of Sicilian labor to the sugarcane and cotton fields.

Reed goes on to say:

…This sort of historical materialist perspective throws into relief a fundamental limitation of the “whiteness” notion that has been fashionable within the academic left for roughly two decades: it reifies whiteness as a transhistorical social category. In effect, it treats “whiteness”—and therefore “race”—as existing prior to and above social context.10 Both who qualifies as white and the significance of being white have altered over time. Moreover, whiteness discourse functions as a kind of moralistic exposé rather than a basis for strategic politics; this is clear in that the program signally articulated in its name has been simply to raise a demand to “abolish whiteness,” that is, to call on whites to renounce their racial privilege. In fact, its fixation on demonstrating the depth of whites’ embrace of what was known to an earlier generation’s version of this argument as “white skin privilege” and the inclination to slide into teleological accounts in which groups or individuals “approach” or “pursue” whiteness erases the real historical dynamics and contradictions of American racial history.

Reed has published a number of books which are similar in nature, including Renewing Black Intellectual History: The Ideological and Material Foundations of African American Thought

and Stirrings In The Jug: Black Politics In The Post-Segregation Era

Reed is also a regular contributor for The Nation.