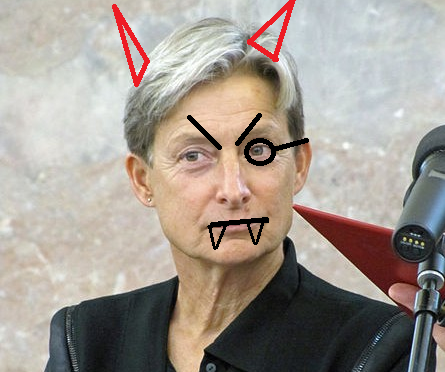 It’s hard to remember that some of your favorite critical theorists are, in fact, real people who have to teach real classes. But what happens when academia’s brightest minds have to deal with headstrong undergrads and an audience that doesn’t give a damn about dialectics or superstructure?

Well, Rate My Professor, an online outlet for students to voice their opinions of their professors, has some insight.

With nothing but a hunch, we decided to see what students were saying about some of our favorite critical theorists.

While many of these professors have plenty of praise from their students, they’re not quite as funny as the angry responses. This list should not be interpreted as indicative of the professor’s overall comments or pedagogical competence.

Jodi Dean is a professor of political theory. She has written about blogging, the internet, and communism. We previously posted a great debate of her with Andrew Feenberg here.

This first one stings.

Jodi Dean is not a good professor and is not a good person. She is far too concerned with her image and preaching her own beliefs to care and offer compassion to her students. If a student slipped and broke their neck on their way to take her test all she’d have to say is “there’s nothing I can do.

The ravings of a maniacal ideologue sounds pretty enticing to me.

“She is not the best professor at HWS and the only brilliance that emits from her is caused by the friction of her craziness. Please! If the ravings of a maniacal idealogue is your thing, then by all means, take her courses!”

Apparently Foucault was not assigned to this next student.

If you’ve ever wanted to know what it was like to be in a class with an escaped mental patient, take Jodi’s class.

But seriously, aliens are real.

Seriously, she is crazy. Jodi is perfect for academia. Intellectuals like herself can justify and debate views on extra-terrestrial life. Too bad that’s academia, because in the real world, she’s as nuts as David Koresh, and that’s the bottom line.

Judith Butler is one of the preeminent scholars in queer theory and it most known for her book, “Gender Trouble.” She has recently turned her attention to the Israel-Palestine conflict, to the ire of one of her commenters.

Maybe she had some good ideas years ago. No more. Illustrates that rhetoric is a bunch of moves with no content. Needs to stop talking about the Middle East. Knows nothing. Irresponsible.

Her res gestae may be understood to structure social relations in relatively homologous ways to a view of hegemony in which power relations are subject to repetition, convergence, and rearticulation, all of which is conterminous with nugatory sesquipedality. Seriously, just master the buzzwords and you’ll do well in her class.

McRuer gets “irritated” when “students disagree,” which I can only assume means he didn’t put up with homophobic bullshit.

I had McRuer for Critical Methods and it was AWFUL. He is rude, condescending, and above all picks favorites. He relates anything and everything back to Queer Theory (his true passion), and gets irritated when students disagree or appear to be disinterested with gay issues. The course is dry, tedious, and time consuming; made worse by McRuer.

And I’m not sure how to feel about this comment.

Not a hater but – The fact that He is crazy-hot, is just icing on the cake <swoon>.

Sell all the reviews here.

Fredric Jameson is a Marxist scholar best known for his work “Postmodernism: The Cultural Logic of Late Capitalism.”

What a dud. Marxism was WAY more interesting in high school.

William V. Spanos is a brilliant mind stuck in the hell known as Binghamton, New York. His work usually involves cultural analysis of films and books, Heidegger, and imperialism. His book “American Exceptionalism in the Age of Globalization” is highly recommended.

After the first day of class in this particular course, which offers Left-Wing college professors of the Vietnam Era a chance to express their detest for Capitolism [sic] and America, I knew it was going to be a long semester. He made no effort to create an atmosphere that would promote class discussion, or involve the students.

The ranting, leftist, could-never-get-a-real-job professor of your dreams. Prepare to be exposed to a man and class with a specific political agenda. His bizarre rants and teaching style doesn’t leave room for asking questions, but as long as you write about how awful those KKKorporations are, you’ll get a good grade. META-TA-PHYSICA

Peter Singer is not necessarily a critical theorists, but he is well known in the community as an object of its contempt. Through his defense of utilitarianism, he has received scorn from critical theorists, disability activists, and other animal liberation advocates.

I’m not sure who is more of a douche, Peter Singer or this next commenter.

His inability to comprehend the logic of Chapter 6 of Francione’s “Introduction to Animal Rights” indicates a severe weakness in Singer’s analytical abilities. Perhaps Singer failed logic class. He lacks solid reasoning skills and should be shun [sic]

This next commenter missed a great opportunity for a quality pun like, “He’ll Sing you to sleep,” zing!

He is highly overrated. His ideas are pretty radical but you’d never know because he presents them soooo blandly. Don’t be fooled by the name…Peter Singer will put you to sleep!

I don’t think this next person understands how academia works.

This man does not belong in Academia. Very wierd ideas. Not recommended