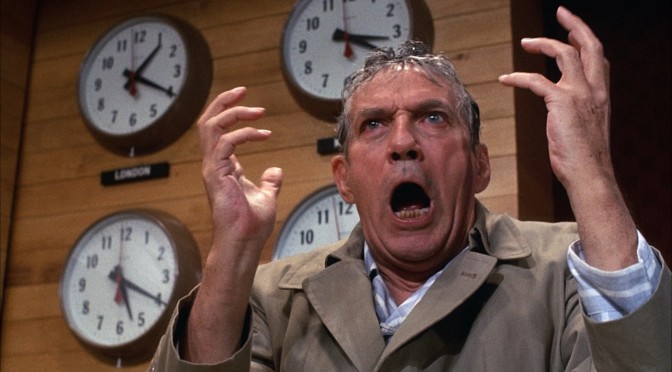 I get a lot of grief for running Critical-Theory for usually the same reasons: I’m not a real theorist, I write clickbait (translation: articles people want to read), I’m not funny, or worse, I’m running some sort of smear campaign against Slavoj Zizek (I’m not).

But aside from a few trolling comments and lucid criticisms via email, I’ve never received any hate mail. So when I finally did receive this wonderful note earlier, I felt like I had really made it.

Rather than offering any specific point of contention, the writer seems to be outraged over the sheer vacuity of my writing. And by outraged, I should say utterly batshit.

Subject: Your Lack of Critical Thinking

Yes, Eugene, your LACK of critical thinking informs your supremely poseur oriented website where you attempt to masquerade as an actual Thinker. Undoubtedly you will be hailed as a “thinker” by those of your Brooklyn hipster/conformist ilk who possess no actual critical thinking skills. And of course your gratuitous use of the word “fuck” in relation to actual knowledge – one of the few things of “value” in a world that worships material goods and self aggrandizing bullshit while devaluing anything of real value – proves you are cut from the same cloth as most deluded Americans who are simply wage slaves in search of the Holy Dollar.

What spurred me to write an insulting email to you? Your entry on Jacques Ranciere. The Wikipedia entry on Ranciere is SO much better – though rather too brief – than your stupid “article” about him and his writings it makes you seem like some sort of pathetic puke with an inferiority complex. Unfortunately, I predict your cretinous pretense of intellectualism (which, of course, only serves to mask your utter vapidity and lack of real substance) which owes much to the ad hominem attacks perfected by the knuckle dragging Neanderthals of America’s anti-intellectual “mainstream” will gain you much support amongst those other intellectual lightweights who make up American hipsterdom’s answer to Real Thought.

You belong at a major corporation churning out lies and other bullshit in order to line the litterbox of your “soul” with hundred dollar bills.

You fake piece of shit, may you step in a big slick pile of it and lose your balance and stain your favorite crappy overpriced suit that Mommy and Daddy purchased for you.

You have no shame so neither do I in telling you what a human waste you are.

They are writing in references to one of our most popular posts to date, “Who the Fuck is Jacques Ranciere.”

Because, like this writer, I had nothing better to do at that moment, I decided to respond. Why? Because the answer to internet trolls is always to respond with some thinly veiled Michael Scott reference.

I have no shame in claiming that I’m not a thinker, or even that I’m a vapid piece of human waste. Nor am I bothered that Wikipedia’s article is superior to mine. Wikipedia is the best thing ever. Anyone in the world can write anything they want about any subject, so you know you are getting the best possible information.

I would like to disillusion you of two claims. A) I’m not a hipster, I’m too fat for skinny jeans and B) I don’t own a suit that fits (see A), but do regularly wear a jacket that I found in the garbage. If I were to lose it in a pile of shit, it would only seem like a poetic end to our run together.