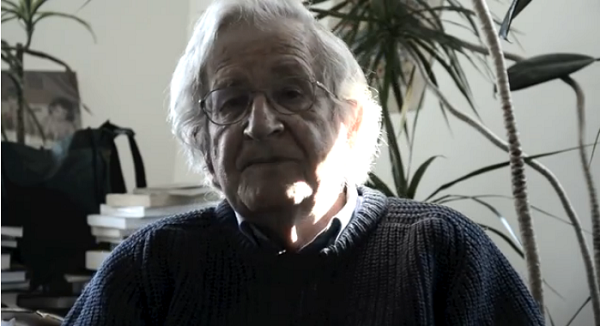 Korean pop-star Psy’s hit “Gangnam Style” has been the subject of thousands of spoofs, deconstruction by Slavoj Zizek, and even a Super Bowl ad. Amidst all the hype, everyone seems to have missed out on the fact that MIT students somehow convinced Noam Chomsky to appear in their own version of the hit which received nearly 5 million views on YouTube.

Chomsky appears at the 3:20 mark. Unfortunately, he’s not dancing, which would have made this the greatest video ever. But he does “sing” the chorus.

Now will somebody please get a video of Alain Badiou doing the Harlem Shake? I would also settle for McKenzie Wark doing the Macarena.