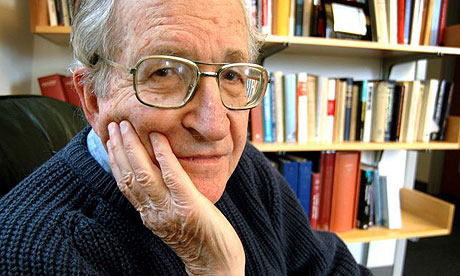 Noam Chomsky, a professor of linguistics at MIT and vocal anarchist, has had quite a few feuds with French philosophers, including the likes of Jacques Lacan, Slavoj Zizek and Michel Foucault. Two years ago, Chomsky partook in a Q & A at the Théâtre National Raison on March 19, 2011 that continued this trend.

Chomsky begins by addressing the question of moral relativism, arguing that some variants of moral relativism are widely accepted and factually true. Chomsky points, in this case, to the existence of multiple moral systems across the globe.

But, for Chomsky, to claim that there is a universal horizon to human behavior unconstrained by basic moral principles is incoherent, as the very thought of morality entails constraints. He then goes on to argue multiple circumstances where power regimes changed and moral rules which were once set in stone were made undeniably better. He cites such examples as the repression of homosexuality, the subjugation of women and slavery. Chomsky differentiates this “factually true” moral relativism for the more extreme forms which he finds incoherent, citing specifically the work of Michel Foucault.  The argument isn’t too clear, and Chomsky continues to discuss the moral debate slave-owners had with Northern industrialist (most likely in reference to George Fitzhugh).

But then Chomsky proceeds to answer a question concerning Foucault’s idea of regimes of truth, attacking Foucault as someone who “wildly exaggerates” the influence of power in scientific discourse. This is the idea that what is portrayed as incontrovertible scientific fact is rather a product of specific power relations which produce that fact as truth. Instead, he argues,

I think Foucault wildly exaggerates. There’s kind of a truism which is not controversial that power systems have some effect on how scientific work proceeds so that it can be accepted and so on. At the extreme it’s Stalinist biology, there’s corporate influence on how drug trials are conducted, that’s true, there are professional constraints, I’ve lived through them in my entire life, when I started my work I couldn’t publish because it was too inconsistent with accepted ideas. In fact, the first book I wrote in 1955, it didn’t come out for 20 years. When it came out then it was submitted but rejected. When it came out later it was more a historical interest as the field had grown. But it’s marginal. There are self-correcting procedures in the sciences which work pretty well…not perfectly…but pretty well. So there is an element of power relations that enter into say, scientific work, to talk about regimes of power that seems to me to be radically overstating the case. Like moving from non-controversial moral relativism to incoherent moral relativism.

Watch the full video below, and as always, feel free to bitterly attack each other with ad hominems about whether Foucault or Chomsky is right (really, cut that shit out). The “regimes of truth” comments starts around 11:15.