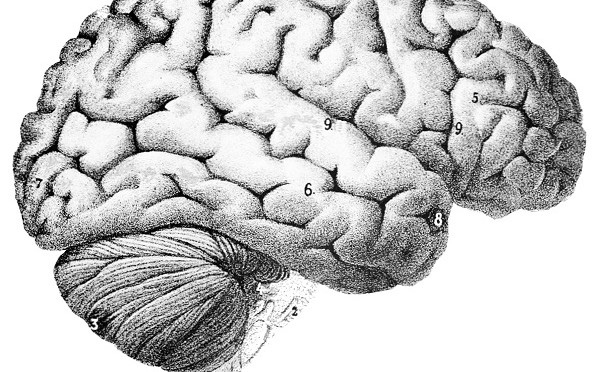 In a world where many mainstream media outlets may espouse a certain kind of feminism-lite, it’s surprising to see them eagerly pick up on a story that says, in essence, that I’m a rational man and you’re a hysterical woman. It’s science!

Except the stories are bullshit, made possible by cherry-picking the study’s finding. The recent study, by Proceedings of the National Academy of Sciences, was picked up by outlets like the LA Times, which proclaimed “Brains of men and women show strong hard-wired differences.” But the study actually concluded that this “hard-wiring” developed later in life.

The LA Times, like most other outlets, completely omitted that bit of information when it wrote:

Their maps of the brain’s so-called connectome, published online Monday in the journal Proceedings of the National Academy of Sciences, matched observed behavioral differences between the sexes. Women did better at tests of attention, word and face memory and cognition. Men did better on spatial processing, motor skills and sensorimotor speed.

The results lend weight to growing evidence that humans have formed strong adaptive complementarity, suggesting that biological evolution predisposes the species to divide gender roles.  That implication is sure to fuel debate over the roles of nature versus nurture and the interplay of function and structure within the human brain. But they also could inform treatment of neurological disorders known to vary by age and sex, such as autism and schizophrenia

Of course, not mentioned is the growing body of evidence that one’s environment can alter brain chemistry (social stress, for instance). Also omitted is the large corpus of studies on “stereotype threats,” where negative stereotypes about a group’s performance have been shown to lower performance by affected groups, like women and people of color. In other words, women who are told “girls are bad at math,” will perform worse than those who are not. Researchers have even come up with clever ways of avoiding this.

I watched in horror as two local newscaster (one male, one female) talked about the study and concluded that the man as “hunter” and woman as “nurturer” is possibly just a complimentary evolutionary arrangement.

But regardless of all that, the media is still wrong in the basic conclusions of the study. As New APPS points out,  “it’s important to emphasize, as the authors do, that the study revealed very few gender differences in connectivity in children younger than 13 years of age.” If anything, it’s a reason to believe that our brain chemistry and wiring is highly influenced by our environment – that is culture, schooling and media.

And for the neuroscience field and it’s relation to studying sex and gender in general, we should be skeptical, argues Cordelia Fine:

“As an empirical endeavor,” Fine points out, “the neuroscience of sex differences began in earnest in the mid-nineteenth century,” when their findings were used to oppose women’s suffrage and equal rights in general. Still, it’s notable how these ideas have been resurrected, after a period in which gender differences, and sexism itself, were mostly seen as having historical, societal, and cultural roots. Nowadays, when we find ourselves in a society in which women still can’t quite have it all, it’s no surprise that old notions are making a comeback, with an assist from advanced brain imaging — used, as Fine says, “to reinforce, with all the authority of science, old-fashioned stereotypes and roles.”

…[Fine]casts a critical eye on the use of neuroscience not only to describe gender differences in behavior, but, increasingly, to excuse longstanding sex-based inequality and even to push for new forms of gender segregation, such as separate schools for boys and girls. Such arguments, Fine warns, often rest on scientific studies that are half-baked, ill-conceived — and as for how they’re presented to a general audience, she writes, “the sheer audacity of the overinterpretations and misinformation is startling.”