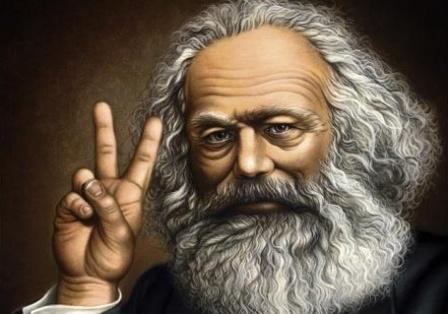 John Gray recently took to the pages of the New York Review of Books to discuss Jonathan Sperber’s book “Karl Marx: A Nineteenth-Century Life.” As it turns out, Karl Marx was kind of racist and on more than one occasion denounced communists movements. In one case, Marx even advocated for the armed suppression of a communist movement.

Sperber’s subtly revisionist view extends to what have been commonly held to be Marx’s definitive ideological commitments. Today as throughout the twentieth century Marx is inseparable from the idea of communism, but he was not always wedded to it. Writing in the Rhineland News in 1842 in his very first piece after taking over as editor, Marx launched a sharp polemic against Germany’s leading newspaper, the Augsburg General News, for publishing articles advocating communism. He did not base his assault on any arguments about communism’s impracticality: it was the very idea that he attacked. Lamenting that “our once blossoming commercial cities are no longer flourishing,” he declared that the spread of Communist ideas would “defeat our intelligence, conquer our sentiments,” an insidious process with no obvious remedy. In contrast, any attempt to realize communism could easily be cut short by force of arms: “practical attempts [to introduce communism], even attempts en masse, can be answered with cannons.” As Sperber writes, “The man who would write the Communist Manifesto just five years later was advocating the use of the army to suppress a communist workers’ uprising!”

Nor was this an isolated anomaly. In a speech to the Cologne Democratic Society in August 1848, Marx rejected revolutionary dictatorship by a single class as “nonsense”—an opinion so strikingly at odds with the views Marx had expressed only six months earlier in the Communist Manifesto that later Marxist-Leninist editors of his speeches mistakenly refused to accept its authenticity—and over twenty years later, at the outbreak of the Franco-Prussian War, Marx also dismissed any notion of a Paris Commune as “nonsense.”

Marx was also a fan of phrenology, the racist psuedo-science that tried to prove racial superiority through skull shapes. But it was totally cool bro! Marx had an African son-in-law that he was totally cool with (except that he had no money).

It was not only his view of history as an evolutionary process culminating in a scientific civilization that Marx derived from the positivists. He also absorbed something of their theories of racial types. The fact that Marx took such theories seriously may seem surprising; but one must remember that many leading nineteenth-century thinkers—not least Herbert Spencer—were devotees of phrenology, and positivists had long believed that in order to be fully scientific, social thought must ultimately be based in physiology.

But then Marx went and said some more racist bullshit. As Gray notes:

Marx praised Trémaux’s theory of the role of geology in animal and human evolution as being “much more important and much richer than Darwin” for providing a “natural basis” for nationality and showing that “the common Negro type is only the degenerate form of a much higher one.”

Read the full review at the New York Review of Books.