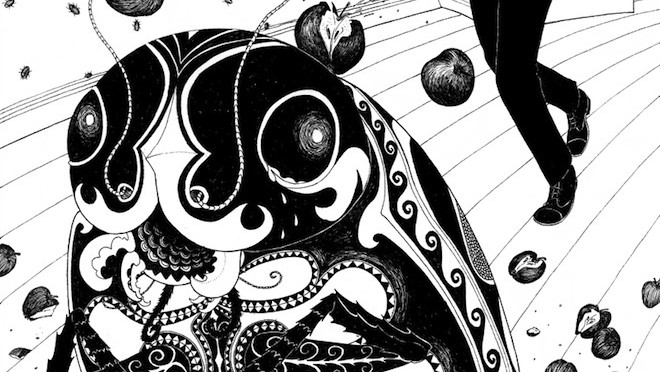 Ever wanted to prime your children for a life of cultural criticism? Clearly you’d need to introduce them to the “classics,” and the work of Franz Kafka is prime for analysis.

And now it’s easier than ever to turn your children into future introverted philosophers with “My First Kafka,” a series of three Kafka works illustrated for kids.

One morning Matthue Roth was about to dive into a collection of Franz Kafka’s writings when his two young daughters asked him to read them a story. They had a pile of children’s books to choose from, but upon seeing the cartoonish Kafka cover (illustrated by comic artist Sammy Harkham), his kids had little interest in their age-appropriate choices. “My older daughter said, no, read us this,” Roth recalls. “I said, fine, if you insist, and then I dove in without warning them.” What could have have been a source of nightmares for weeks turned out to be a total hit. Roth’s daughters were mesmerized by Kafka’s strange, macabre tales. So much so that it inspired Roth to write My First Kafka: Runaways, Rodents, and Giant Bugs, an illustrated, kid-friendly adaptation of three classic Kafka stories.