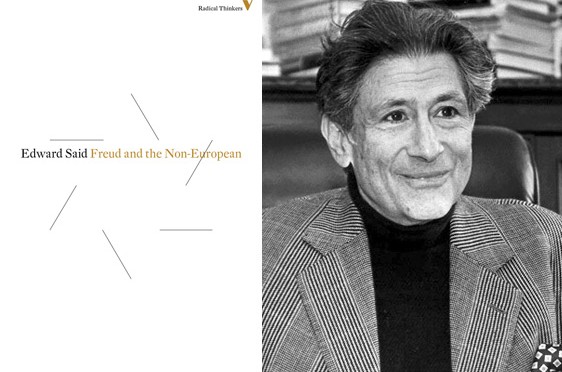 In this excerpt from “Freud and the Non-European,” Edward Said discusses the Eurocentrism of psychoanalyst Sigmund Freud’s work.

Using an impressive array of material from literature, archaeology and social theory, Edward Said explores the profound implications of Freuds Moses and Monotheism for Middle-East politics today. The resulting book reveals Said’s abiding interest in Freud’s work and its important influence on his own. He proposes that Freud’s assumption that Moses was an Egyptian undermines any simple ascription of a pure identity, and further that identity itself cannot be thought or worked through without the recognition of the limits inherent in it. Said suggests that such an unresolved, nuanced sense of identity might, if embodied in political reality, have formed, or might still form, the basis for a new understanding between Jews and Palestinians. Instead, Israel’s relentless march towards an exclusively Jewish state denies any sense of a more complex, inclusive past.

If you’d like a chance to win this book and others from Verso’s Radical Thinkers Set 8, check out our giveaway.

We’ll also be releasing regular excerpts from the latest set for the rest of the month. You can browse published excerpts here, and stay tuned for more.