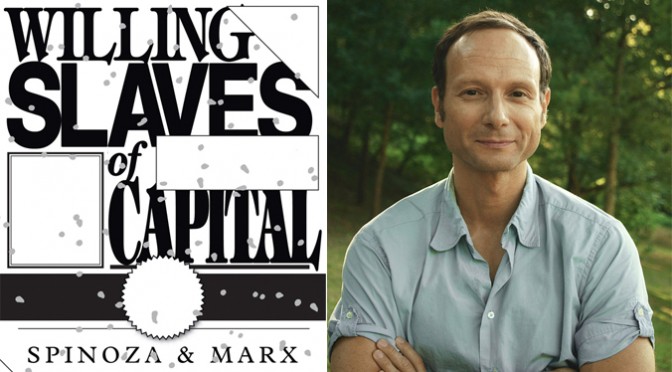 This excerpt, from “Willing Slaves of Capital,” lays out an introduction to Frederic Lordon’s theory of money and currency.

“It is true that of all the desires it harnesses, capitalism begins with money – or rather with bare life, life in need of reproduction,” Lordon writes. “For, in a decentralised economy with a division of labour, material reproduction passes through the gateway of money.”

“Willing Slaves of Capital” was released earlier this month. According to the book’s description:

“Lordon brings to bear a ‘Spinozist anthropology’ that reveals the fundamental role of affects and passions in the employment relationship, reconceptualizing capitalist exploitation as the capture and remoulding of desire.

Read the excerpt below. Buy the book direct from Verso and get 40% off and free shipping for a limited time.