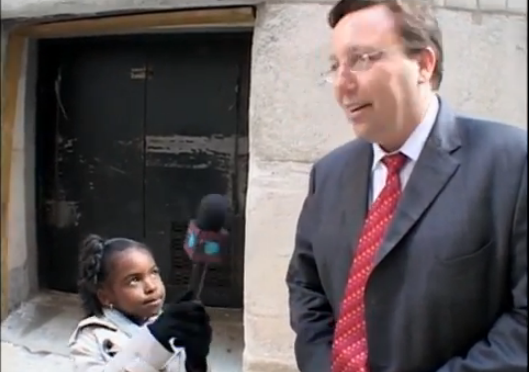 Culture-jamming, for those unfamiliar, was an artistic and activist movement in the 1990s that was heavily influenced by Situationism and Guy Debord. The goal of culture jamming was to combat media manipulation by re-appropriating corporate messaging in a subversive manner.

So what’s more subversive than an alleged “kids show” that has children harass Wall Street bankers and features adorable puppets? And what’s better than putting that show on a network that celebrates decadence and greed at every turn?

Wonder Showzen is what happens when two artists and activists who had a knack for culture jamming manage to get a show green lit by MTV.

Wonder Showzen lasted 2 seasons after airing on MTV 2 and consistently mocked its audience. The creators of Wonder Showzen, John Lee and Vernon Chatman, felt bad about “selling out” from the start, so when MTV refused to kill the project at their request, they decided to see how much they could get away with. They actively sought to create episodes that would get the show cancelled.

Chatman and Lee, who created the show, are members of PFFR, an artist collective and band based in Brooklyn.

Here are some of our favorite moments.

There are plenty of other, great subversive sketches from the show that can’t be found on YouTube because Viacom is full of evil monsters.

Know of any good culture jamming videos? Let us know in the comments.