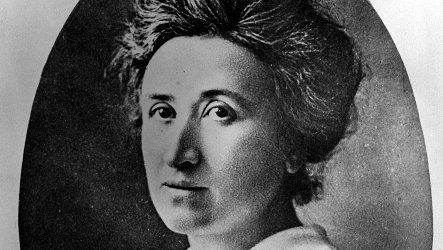 The Rosa Luxemburg Foundation is holding an international workshop from the 7th to the 9th of March 2014 in Berlin on Rosa Luxemburg’s seminal work: “The Accumulation of Capital”. The specific focus of the workshop is upon war as a factor in Luxemburgs analysis, and will also include the work of Luxemburg scholar Frieder Wolf. Submissions are up to 10,000 words written in German or English, due on December 1, 2013.

A summary of the prompt and guiding principles of the workshop, from the website:

A hundred years since the first Berlin edition of “The Accumulation of Capital: A Contribution to an Economic Explanation of Imperialism,” no one needs a commemorative address to introduce the work. The work is still being referenced by scholars, writers and people all around the world who fight for democracy and justice; for a life of dignity, solidarity and ecological responsibility; and for socialism. Its continued prominence is a tribute to its author, her academic methodology and the topicality of the questions she posed, yet also demonstrates a corresponding weakness in the modern Left, particularly among socialists. Rosa Luxemburg, one of the most fascinating characters in the struggle for freedom in equality, radically criticised capitalism’s social relations and capital accumulation, and fought equally radically against the resulting outcomes of human oppression and natural destruction. After her murder on 15 January 1919 by her political enemies, her legacy lived on, as it still does today: both her writings and the political, scholarly and cultural interest she inspires. It continues to educate, to motivate political engagement and to foment communication and collaboration.

More information can be found here.