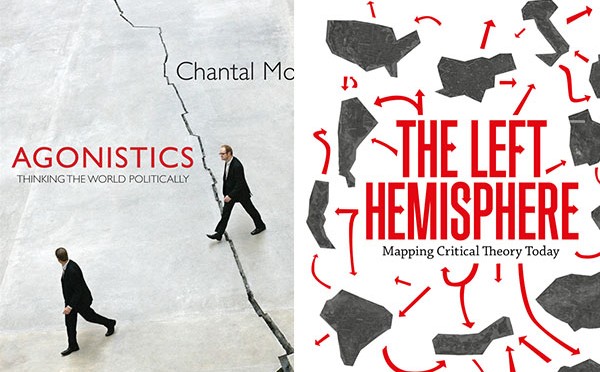 July is at an end, and this blogger is happy to welcome in the insufferable hell that is New York City in August. So in case you missed it, here is a list of books released in July pertaining to critical theory and radical politics.

We’ve been making an effort to compile an organize publication of new critical theory books and journals. What foolows below is certainly not an exhaustive list, and our attempt to aggregate books from different publishers should be considered a work in progress.

The Problem with Pleasure: Modernism and its Discontents

Aldous Huxley decried “the horrors of modern ‘pleasure,’” or the proliferation of mass produced, widely accessible entertainment that could degrade or dull the mind. He and his contemporaries, including James Joyce, T. S. Eliot, Gertrude Stein, D. H. Lawrence, and Jean Rhys, sought to radically redefine pleasure, constructing arduous and indirect paths to delight through their notoriously daunting work. Laura Frost follows these experiments in the art of unpleasure, connecting modernism’s signature characteristics, such as irony, allusiveness, and obscurity, to an ambitious attempt to reconfigure bliss.

In The Problem with Pleasure, Frost draws upon a wide variety of materials, linking interwar amusements, such as the talkies, romance novels, the Parisian fragrance Chanel no. 5, and the exotic confection Turkish Delight, to the artistic play of Joyce, Lawrence, Stein, Rhys, and others. She considers pop cultural phenomena and the rise of celebrities such as Rudolph Valentino and Gypsy Rose Lee against contemporary sociological, scientific, and philosophical writings on leisure and desire.

Throughout her study, Frost incorporates recent scholarship on material and visual culture and vernacular modernism, recasting the period’s high/low, elite/popular divides and formal strategies as efforts to regulate sensual and cerebral experience. Capturing the challenging tensions between these artists’ commitment to innovation and the stimulating amusements they denounced yet deployed in their writing, Frost calls attention to the central role of pleasure in shaping interwar culture.

As the crisis of capitalism unfolds, the need for alternatives is felt ever more intensely. The struggle between radical movements and the forces of reaction will be merciless. A crucial battlefield, where the outcome of the crisis will in part be decided, is that of theory.

Over the last twenty-five years, radical intellectuals across the world have produced important and innovative ideas. The endeavour to transform the world without falling into the catastrophic traps of the past has been a common element uniting these new approaches.

This book—aimed at both the general reader and the specialist—offers the first global cartography of the expanding intellectual field of critical contemporary thought. More than thirty authors and intellectual currents of every continent are presented in a clear and succinct manner. A history of critical thought in the twentieth and twenty-first centuries is also provided, helping situate current thinkers in a broader historical and sociological perspective.

Political conflict in our society is inevitable, and the results are often far from negative. How then should we deal with the intractable differences arising from complex modern culture?

Developing her groundbreaking political philosophy of agnostics—the search for a radical and plural democracy—Chantal Mouffe examines international relations, strategies for radical politics, the future of Europe and the politics of artistic practices. She shows that in many circumstances where no alternatives seem possible, agonistics offers a new road map for change. Engaging with cosmopolitanism, post-operaism, and theories of multiple modernities she argues in favor of a multipolar world with a real cultural and political pluralism.

Bela Tarr, the Time After

Grab it on Amazon

If you work for a publishing company and would like your books to be included on forthcoming lists, please send book announcements or release schedules to [email protected]