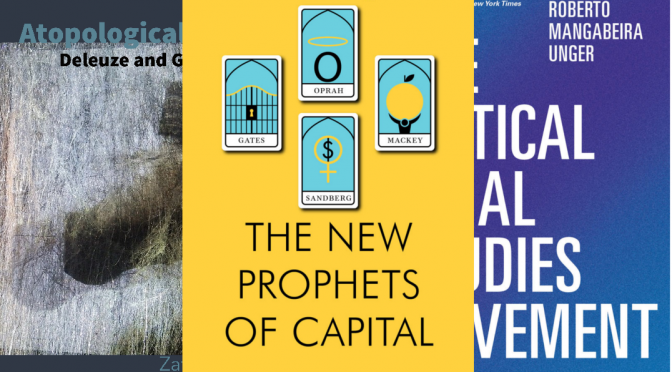 If you’re an author or publisher with a forthcoming book, let us know for future roundups! Email us at [email protected]

Did we miss any March titles? Less us know in the comments.

“Alain Badiou and Slavoj Žižek have become two of the dominant voices in contemporary philosophy and critical theory. In this book, Geoff Pfeifer offers an in-depth look at their respective views. Using Louis Althusser’s materialism as a starting point—which, as Pfeifer shows, was built partially as a response to the Marxism of the Parti Communiste Français and partially in dialogue with other philosophical movements and intellectual currents of its times—the book looks at the differing ways in which both Badiou’s and Žižek’s work attempt to respond to issues that arise within the Althusserian edifice. Pfeifer argues here that, ultimately, Žižek’s materialism succeeds in responding to these issues in ways that Badiou’s does not. In building this argument, Pfeifer engages not only with the work of Althusser, Badiou, and Žižek and their intellectual backgrounds, but also with much of the contemporary scholarship surrounding these thinkers. As such, Pfeifer’s book is an important addition to the ongoing debates within contemporary critical theory.” 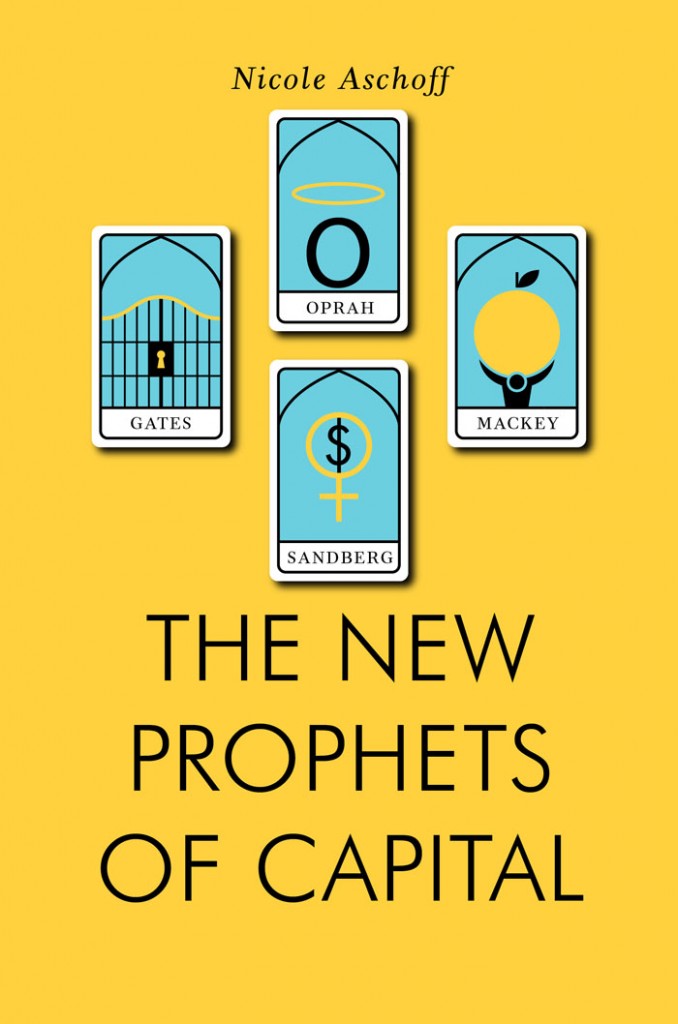 “As severe environmental degradation, breathtaking inequality, and increasing alienation push capitalism against its own contradictions, mythmaking has become as central to sustaining our economy as profitmaking.

Enter the new prophets of capital: Sheryl Sandberg touting the capitalist work ethic as the antidote to gender inequality; John Mackey promising that free markets will heal the planet; Oprah Winfrey urging us to find solutions to poverty and alienation within ourselves; and Bill and Melinda Gates offering the generosity of the 1 percent as the answer to a persistent, systemic inequality. The new prophets of capital buttress an exploitative system, even as the cracks grow more visible.” 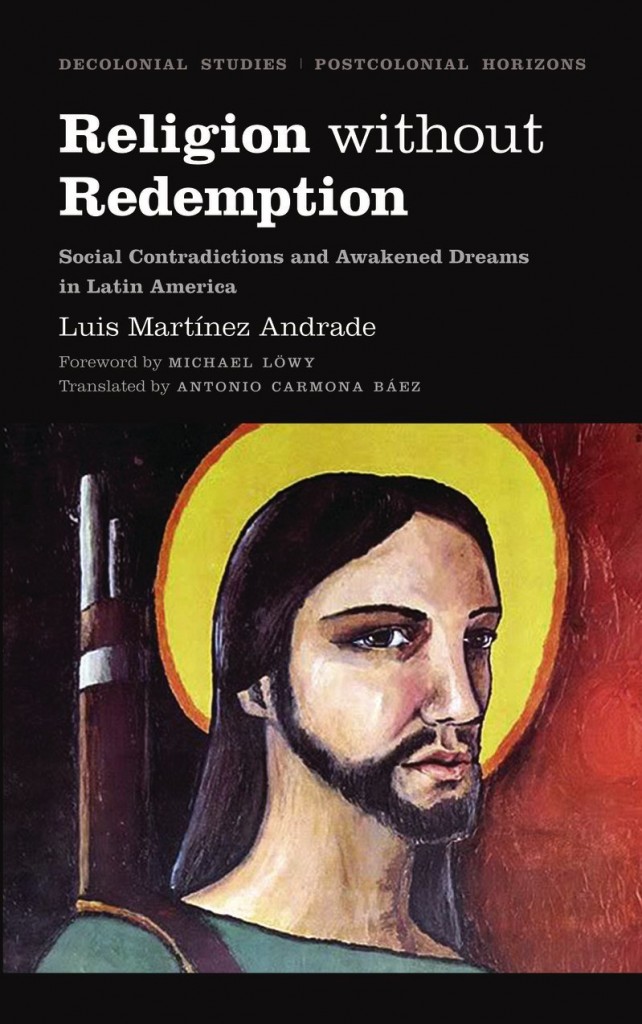 “The world’s eyes are on Latin America as a place of radical political inspiration and as an alternative to the neoliberal model. Each country in the region deals differently in its method of government, yet there are common cultural themes that tie the continent’s trajectory together. Religion without Redemption looks at the sociology of religion, political philosophy and the history of ideas of the continent, in an attempt to show how Western understanding fails to come close to a correct analysis of how and why political and economic characteristics work as they do.

Luis Martínez Andrade focuses on how the centrality of religion for the people of Latin America has influenced how they interact with the changes in the modern economic system. Capitalism, for example, has taken on religious characteristics: it has sacred places of worship (the shopping mall) as well as its own prophets. Martínez Andrade discusses how this form of ‘cultural religion’ accompanies many aspects of life in a contradictory manner: not only does it fulfil the role of legitimating oppression, it also can be a powerful source of rebellion, unveiling thus a subversive side to the status quo.” 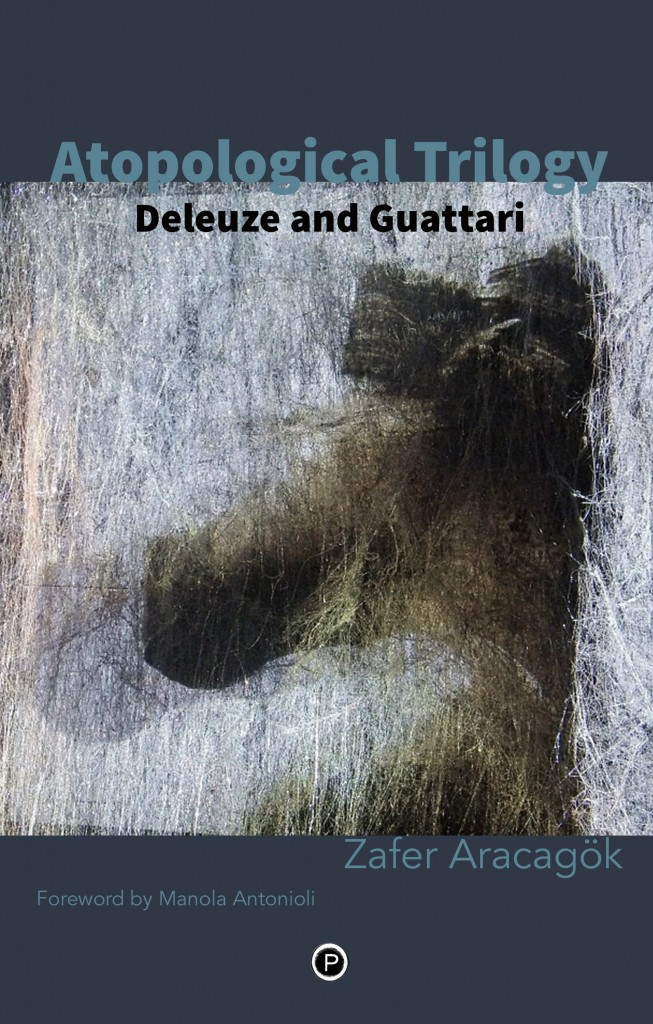 “Atopological Trilogy creates new concepts for Deleuze-Guattarian thought without any heed for sectarian, sermonising, or dutiful readings of the philosophers. In Part I of the trilogy, “Becoming-Sexual of the Sexual,” Aracagök demonstrates the ways in which quantum theory and the concept of “complementarity” inform Deleuze and Guattari’s thought, especially in relation to “becoming” in general and “becoming-woman” and “becoming-queer” more particularly. Aracagök argues that the ways in which the philosophers put forward a ban on “becoming-man” with a certain degree of undecidability encapsulates (albeit in a cryptic form) other becomings, the most important of which is becoming-queer, or rather, the becoming-sexual of the sexual.”

Foucault and the History of the Present 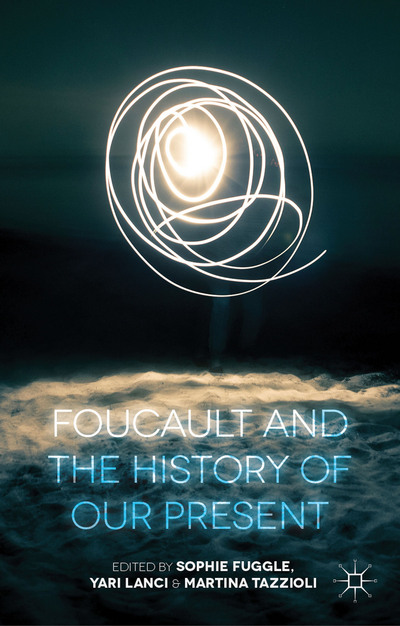 “According to philosopher Michel Foucault, the ‘history of the present’ should constitute the starting point for any enquiry into the past and a critical ontology of ourselves. This book comprises a series of essays all centring on the question of the present or,  rather, multiple presents which compose contemporary experience. The collection brings together philosophical readings of Foucault which try to rework his thought in light of our present, together with practical analyses of our own moment which draw on his methodological approaches to questions of power, knowledge and subjectivity. Covering a range of topics including freedom, politics, ethics, security, war, migration, incarceration, the sociology and political economy of new media, Marxism and activism,Foucault and the History of Our Present features essays from Tiziana Terranova, Alberto Toscano, Judith Revel, Sanjay Seth, Saul Newman, Mark Neocleous and William Walters.” 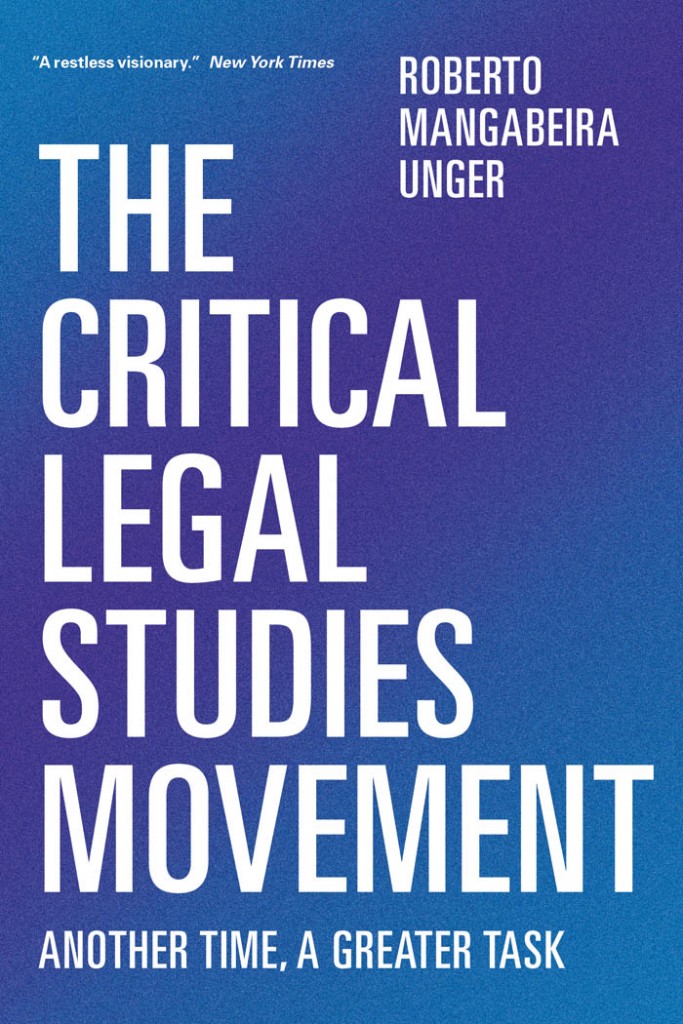 “Critical legal studies is the most important development in progressive thinking about law of the past half century. It has inspired the practice of legal analysis as institutional imagination, exploring, with the materials of the law, alternatives for society. The Critical Legal Studies Movement was written as the manifesto of the movement by its central figure. This new edition includes a revised version of the original text, preceded by an extended essay in which its author discusses what is happening now and what should happen next in legal thought.”