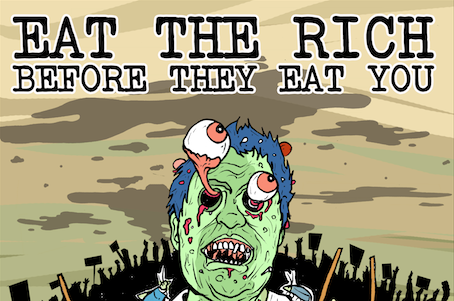 Two years ago today, activists attempted to occupy Wall Street in a demonstration against corporate greed and, well, everything else wrong in the world. But Occupy never actually occupied its namesake, moving instead to the nearby Zuccotti Park.

Some may not remember that OWS had somewhat of a slow start. Unable to set up an encampment on Wall Street, the mainstream press mostly ignored the movement until a series of police brutalities made headline news.

Soon, more and more activists poured into Zuccotti Park. General assemblies were held daily, a kitchen was set up to feed both protesters and the general public, and a “People’s Library” offered radical literature to anyone who cared to read it.

Nearly a month after the encampment started in Zuccotti, the movement had spread to over 95 cities.

On November 15, 2011 police successfully evicted the protesters at Zuccotti Park. While the movement was never quite the same after, the remnants of Occupy have been active since. Even after the eviction, Occupy the Hood and other Occupy activists were reclaiming abandoned homes for homeless families.

Occupy Sandy has, and continues to, rebuild homes and communities in the Brooklyn area that were hit hardest.  Many of these low-income communities, as Hurricane Katrina taught us, are too often left to rot by the status quo.

Aside from its more tangible achievements, Occupy Wall Street leaves behind an amazing archive of photos, art and posters. So, in commemorating the second anniversary of OWS, we decided to take a look at some of our favorite Occupy art.

By Nina Montenegro at Occupy Portland