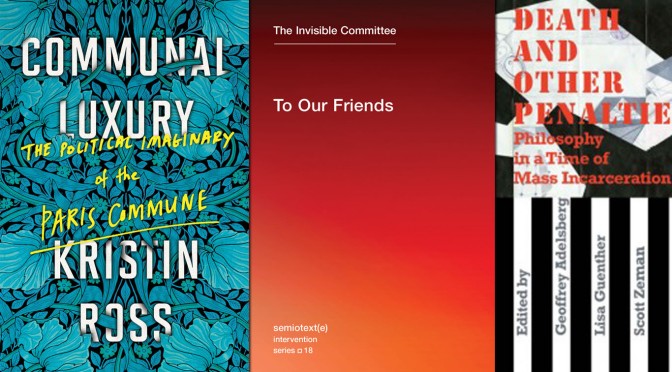 If you’re a publisher or an author with a forthcoming book, let us know! Email us at [email protected] 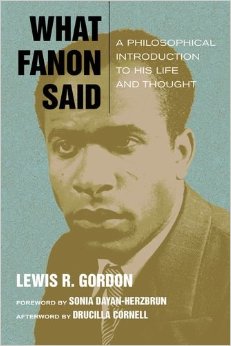 “Antiblack racism avows reason is white while emotion, and thus supposedly unreason, is black. Challenging academic adherence to this notion, Lewis R. Gordon offers a portrait of Martinican-turned-Algerian revolutionary psychiatrist and philosopher Frantz Fanon as an exemplar of “living thought” against forms of reason marked by colonialism and racism. Working from his own translations of the original French texts, Gordon critically engages everything in Fanon from dialectics, ethics, existentialism, and humanism to philosophical anthropology, phenomenology, and political theory as well as psychiatry and psychoanalysis.

Gordon takes into account scholars from across the Global South to address controversies around Fanon’s writings on gender and sexuality as well as political violence and the social underclass. In doing so, he confronts the replication of a colonial and racist geography of reason, allowing theorists from the Global South to emerge as interlocutors alongside northern ones in a move that exemplifies what, Gordon argues, Fanon represented in his plea to establish newer and healthier human relationships beyond colonial paradigms.”

By The Invisible Committee

“The Invisible Committee’s The Coming Insurrection was a phenomenon, celebrated in some quarters and inveighed against in others, publicized in media that ranged from campus bulletin boards to Fox News. Seven years later, The Invisible Committee follows up their premonitory manifesto with a new book, To Our Friends.” 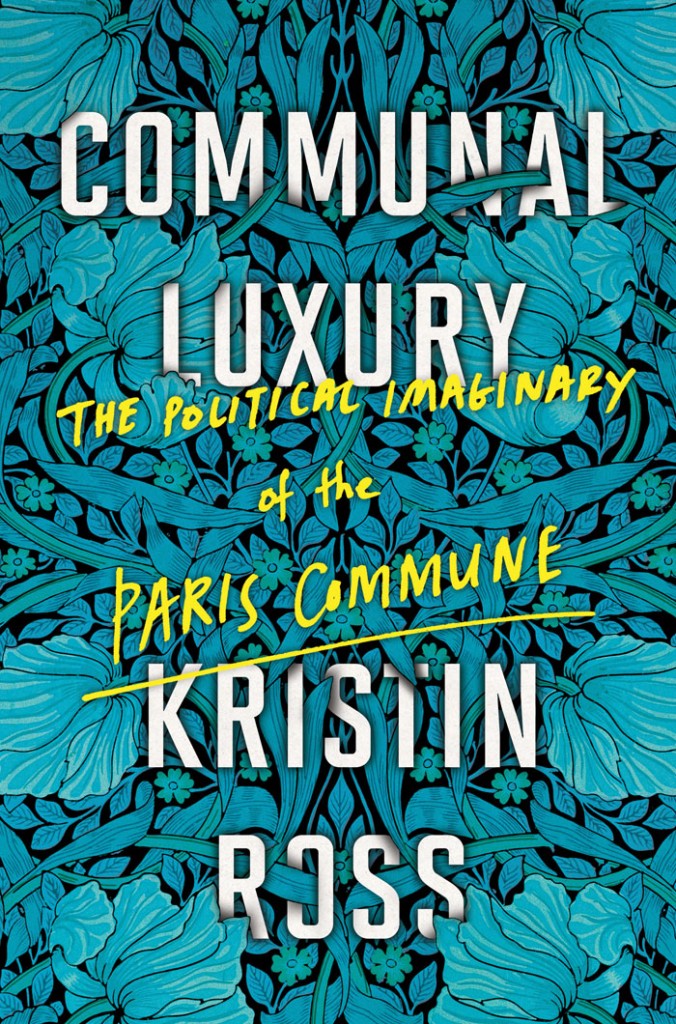 “Kristin Ross’s new work on the thought and culture of the Communard uprising of 1871 resonates with the motivations and actions of contemporary protest, which has found its most powerful expression in the reclamation of public space. Today’s concerns—internationalism, education, the future of labor, the status of art, and ecological theory and practice—frame and inform her carefully researched restaging of the words and actions of individual Communards. This original analysis of an event and its centrifugal effects brings to life the workers in Paris who became revolutionaries, the significance they attributed to their struggle, and the elaboration and continuation of their thought in the encounters that transpired between the insurrection’s survivors and supporters like Marx, Kropotkin, and William Morris.

The Paris Commune was a laboratory of political invention, important simply and above all for, as Marx reminds us, its own ‘working existence.’ Communal Luxury allows readers to revisit the intricate workings of an extraordinary experiment.” 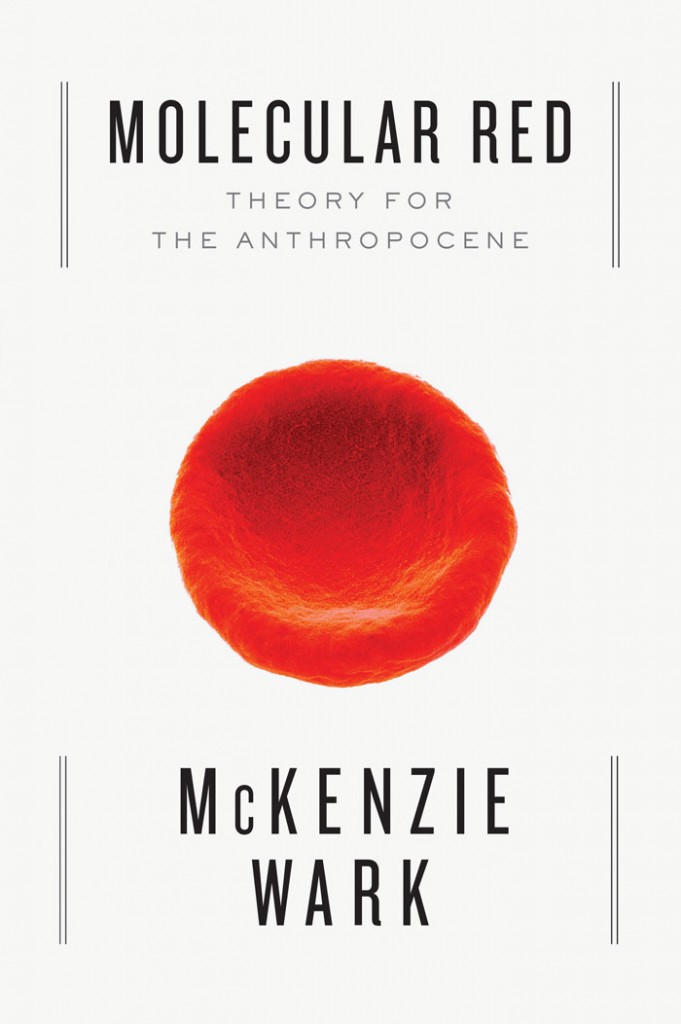 “In Molecular Red, McKenzie Wark creates philosophical tools for the Anthropocene, our new planetary epoch, in which human and natural forces are so entwined that the future of one determines that of the other.

Wark explores the implications of Anthropocene through the story of two empires, the Soviet and then the American. The fall of the former prefigures that of the latter. From the ruins of these mighty histories, Wark salvages ideas to help us picture what kind of worlds collective labor might yet build. From the Russian revolution, Wark unearths the work of Alexander Bogdanov—Lenin’s rival—as well as the great Proletkult writer and engineer Andrey Platonov.”

Extending the ideas presented in his book In The Dust of This Planet, Eugene Thacker explores these and other issues in Starry Speculative Corpse. But instead of using philosophy to define or to explain the horror genre, Thacker reads works of philosophy as if they were horror stories themselves, revealing a rift between human beings and the unhuman world of which they are part.

Along the way we see philosophers grappling with demons, struggling with doubt, and wrestling with an indifferent cosmos. At the center of it all is the philosophical drama of the human being confronting its own limits. Not a philosophy of horror, but a horror of philosophy. Thought that stumbles over itself, as if at the edge of an abyss.

Starry Speculative Corpse is the second volume of the “Horror of Philosophy” trilogy, together with the first volume, In The Dust of This Planet, and the third volume, Tentacles Longer Than Night.”

“Our contemporary horror stories are written in a world where there seems little faith, lost hope, and no salvation. All that remains is the fragmentary and occasionally lyrical testimony of the human being struggling to confront its lack of reason for being in the vast cosmos. This is the terrain of the horror genre.

Eugene Thacker explores this situation in Tentacles Longer Than Night. Extending the ideas presented in his book In The Dust of This Planet, Thacker considers the relationship between philosophy and the horror genre. But instead of taking fiction as the mere illustration of ideas, Thacker reads horror stories as if they themselves were works of philosophy, driven by a speculative urge to question human knowledge and the human-centric view of the world, ultimately leading to the limit of the human – thought undermining itself, in thought.

Tentacles Longer Than Night is the third volume of the “horror of philosophy” trilogy, together with the first volume, In The Dust of This Planet, and the second volume, Starry Speculative Corpse.” 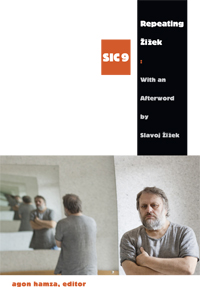 “Repeating Žižek offers a serious engagement with the ideas and propositions of philosopher Slavoj Žižek. Often subjecting Žižek’s work to a Žižekian analysis, this volume’s contributors consider the possibility (or impossibility) of formalizing Žižek’s ideas into an identifiable philosophical system. They examine his interpretations of Hegel, Plato, and Lacan, outline his debates with Badiou, and evaluate the implications of his analysis of politics and capitalism upon Marxist thought. Other essays focus on Žižek’s approach to Christianity and Islam, his “sloppy” method of reading texts, his relation to current developments in neurobiology, and his theorization of animals. The book ends with an afterword by Žižek in which he analyzes Shakespeare’s and Beckett’s plays in relation to the subject. The contributors do not reach a consensus on defining a Žižekian school of philosophy—perhaps his idiosyncratic and often heterogeneous ideas simply resist synthesis—but even in their repetition of Žižek, they create something new and vital.” 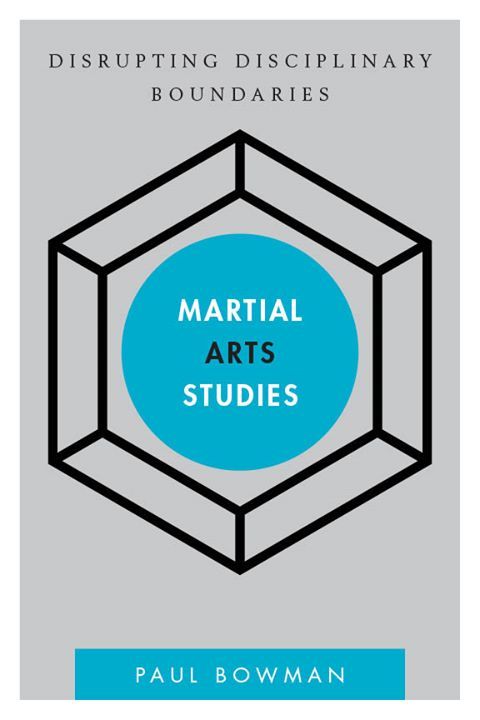 “The phrase “martial arts studies” is increasingly circulating as a term to describe a new field of interest. But many academic fields including history, philosophy, anthropology, and Area studies already engage with martial arts in their own particular way. Therefore, is there really such a thing as a unique field of martial arts studies? Martial Arts Studies is the first book to engage directly with these questions. It assesses the multiplicity and heterogeneity of possible approaches to martial arts studies, exploring orientations and limitations of existing approaches. It makes a case for constructing the field of martial arts studies in terms of key coordinates from post-structuralism, cultural studies, media studies, and post-colonialism. By using these anti-disciplinary approaches to disrupt the approaches of other disciplines, Martial Arts Studies proposes a field that both emerges out of and differs from its many disciplinary locations.”

The Fall Out of Redemption 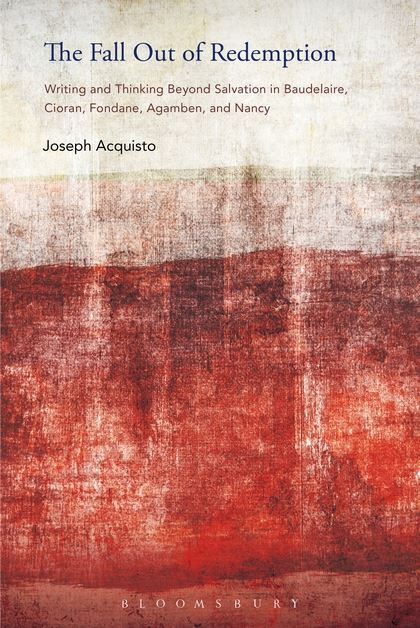 “Joseph Acquisto examines literary writers and critical theorists who employ theological frameworks, but who divorce that framework from questions of belief and thereby remove the doctrine of salvation from their considerations. Acquisto claims that Baudelaire inaugurates a new kind of amodern modernity by canceling the notion of salvation in his writing while also refusing to embrace any of its secular equivalents, such as historical progress or redemption through art.

Through a series of “interhistorical” readings that put literary and critical writers from the last 150 years in dialogue, Acquisto shows how these authors struggle to articulate both the metaphysical and esthetic consequences of attempting to move beyond a logic of salvation. Putting these writers into dialogue with Baudelaire highlights the way both literary and critical approaches attempt to articulate a third option between theism and atheism that also steers clear of political utopianism and Nietzschean estheticism. In the concluding section, Acquisto expands metaphysical and esthetic concerns to account also for the ethics inherent in the refusal of the logic of salvation, an ethics which emerges from, rather than seeking to redeem or cancel, a certain kind of nihilism.”

Death and Other Penalties

“Motivated by a conviction that mass incarceration and state execution are among the most important ethical and political problems of our time, the contributors to this volume come together from a diverse range of backgrounds to analyze, critique, and envision alternatives to the injustices of the U.S. prison system, with recourse to deconstruction, phenomenology, critical race theory, feminism, queer theory, and disability studies. They engage with the hyper-incarceration of people of color, the incomplete abolition of slavery, the exploitation of prisoners as workers and as “raw material” for the prison industrial complex, the intensive confinement of prisoners in supermax units, and the complexities of capital punishment in an age of abolition.

The resulting collection contributes to a growing intellectual and political resistance to the apparent inevitability of incarceration and state execution as responses to crime and to social inequalities. It addresses both philosophers and activists who seek intellectual resources to contest the injustices of punishment in the United States.” 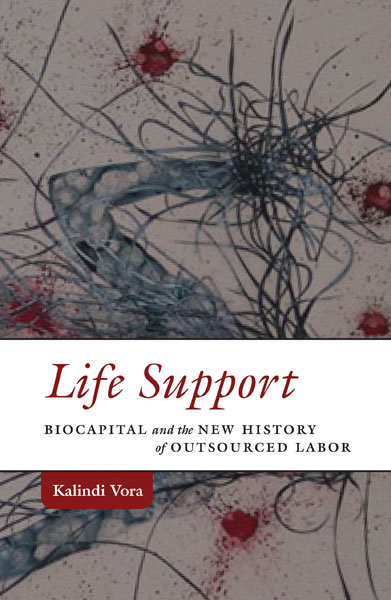 “From call centers, overseas domestic labor, and customer care to human organ selling, gestational surrogacy, and knowledge work, such as software programming, life itself is channeled across the globe from one population to another.

In Life Support, Kalindi Vora demonstrates how biological bodies become a new kind of global biocapital. Vora examines how forms of labor serve to support life in the United States at the expense of the lives of people in India. She exposes how even seemingly inalienable aspects of human life such as care, love, and trust—and biological bodies and organs—are commodifiable entities as well as components essential to contemporary capitalism.” 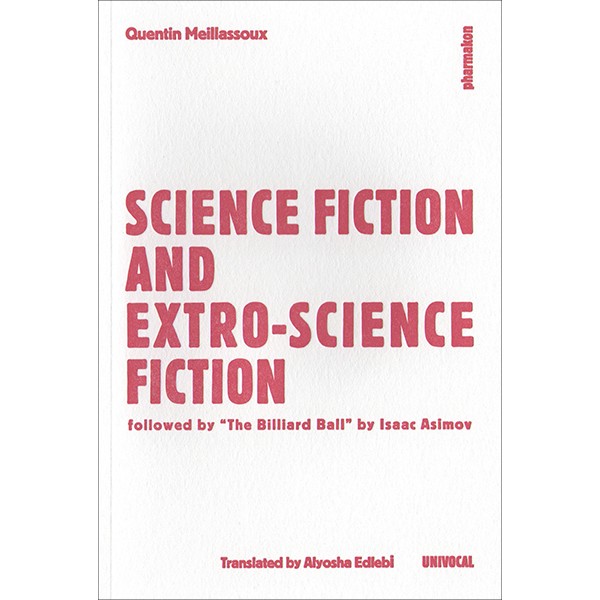 “In Science Fiction and Extro-Science Fiction, Quentin Meillassoux addresses the problem of chaos and of the constancy of natural laws in the context of literature. With his usual argumentative rigor, he elucidates the distinction between science fiction, a genre in which science remains possible in spite of all the upheavals that may attend the world in which the tale takes place, and fiction outside-science, the literary concept he fashions in this book, a fiction in which science becomes impossible. With its investigations of the philosophies of Hume, Kant, and Popper, Science Fiction and Extro-Science Fiction broadens the inquiry that Meillassoux began in After Finitude, thinking through the concrete possibilities and consequences of a chaotic world in which human beings can no longer resort to science to ground their existence. It is a significant milestone in the work of an emerging philosopher, which will appeal to readers of both philosophy and literature. The text is followed by Isaac Asimov’s essay “The Billiard Ball.””